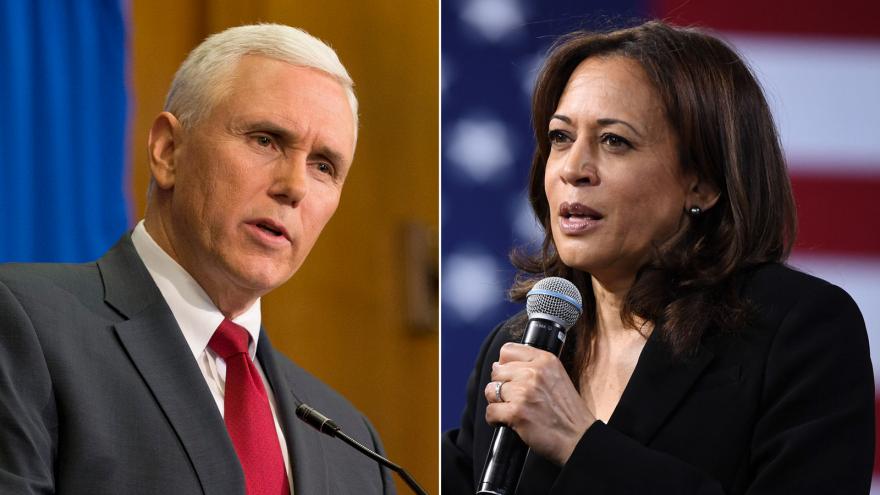 The vice presidential debate is scheduled for October 7, and will be hosted at The University of Utah in Salt Lake City.

Vice presidential debates rarely change the course of presidential elections but could showcase the strengths and vulnerabilities of each ticket weeks before the November election.

Before Harris ended her own presidential bid in December, the senator participated in five Democratic primary debates. A former prosecutor, Harris showed the ability to command a debate stage and deliver attacks using her courtroom-sharpened skills. Her campaign's argument at the time was that out of the numerous Democratic candidates Harris was in the best position to "prosecute the case" against President Donald Trump.

Harris generated one of the most electric moments of the race at the first debate in June when she took aim at Biden. She confronted Biden over his 1970s-era opposition to the federal government's role in using school busing to integrate schools while highlighting her personal story as young child who benefited from early busing in Berkeley, California. Biden appeared unprepared for the line of attack and bristled as Harris repeatedly pressed him on his decades-old position.

For his part, Pence has participated in one national debate. In October 2016, Pence debated then-Democratic vice presidential nominee Tim Kaine, a senator from Virginia, at Longwood University in Farmville, Virginia. Pence, who was the governor of Indiana at the time, delivered a steady performance and focused his attacks on 2016 Democratic nominee Hillary Clinton. Pence, who was calm and refused to be baited, largely ignored Kaine's attacks on then-Republican nominee Donald Trump. He instead sought to lampoon Clinton over vulnerabilities like her private email server and record as secretary of state.

While the vice presidential candidates are only set to debate once, Trump and Biden are scheduled to debate three times. The schedule was set last year by the Commission on Presidential Debates, a nonpartisan nonprofit organization.

It is unclear whether Trump's campaign has officially agreed to appear at the commission's three scheduled debates, but the Trump campaign has called for a fourth debate to be added to the schedule in early September. Former New York Mayor Rudy Giuliani, who represents the Trump campaign on debate issues, sent a letter to the commission with that request and noted that millions of Americans will have the ability to vote early before the first general election debate in late September.

But the commission has said it will only back an additional meeting if both the candidates agree to the contest, and the Biden camp has said it will participate in the three debates already scheduled.