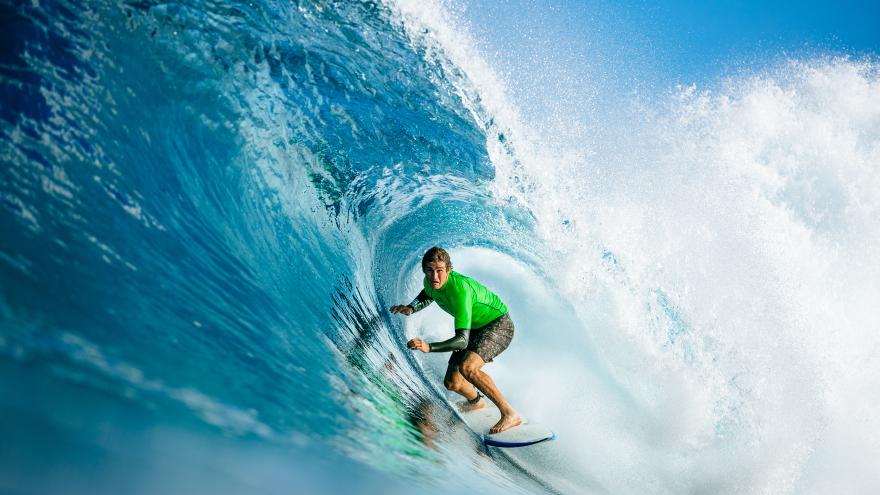 (CNN) -- Kalani David, a Hawaiian-born professional surfer and skateboarder, died after he suffered a seizure while surfing off Costa Rica on Saturday, according to his father, David David.

Kalani David was accomplished in both sports, having competed worldwide in both disciplines. His X Games profile highlights his multi-sport talents from a young age: "(David) Grew up surfing and skating, so he could be considered a seasoned veteran at the ripe old age of 14," it says.

As a 14-year-old, David won team gold and individual gold at the 2012 ISA World Junior Surfing Championship in Panama.

His Instagram page is full of videos and pictures of him surfing, skating and fishing.

Famed surfer Kelly Slater posted pictures on Instagram of a young Kalani with the 11-time world champion and said, "Kalani was one of the most talented ever surfer/skaters on Earth, constantly pushing the limits every time he was on his feet....Condolences to the huge community of friends Kalani had coast to coast and across the globe."

According to a 2019 Men's Journal article, David had surgery to help correct a rare heart condition called Wolff-Parkinson-White syndrome. The open-heart procedure was performed to help curtail the seizures he had been experiencing, the article said.

In June, David posted a picture of himself tube riding and wrote, "With these seizures I keep having my neurologist said no driving and no surfing until I stop having them. I mean I could surf but, if I was to have one and don't get saved in time I'll either die or become a vegetable because I don't have enough air to my brain.

"I keep getting lucky, I had a seizure driving and the other in the water within a couple months. The past couple years been having seizures sleeping and just Angels watching over me cause idk how I keep getting so lucky and living thru it all. Time to get this stuff in order so I can move ahead in life, at least I can skate and fish!"

In his last Instagram post, three weeks ago, David shared a video of him skateboarding, pulling off various tricks while dropping in and out of a bowl.

CNN has reached out to Costa Rican authorities but has not heard back.