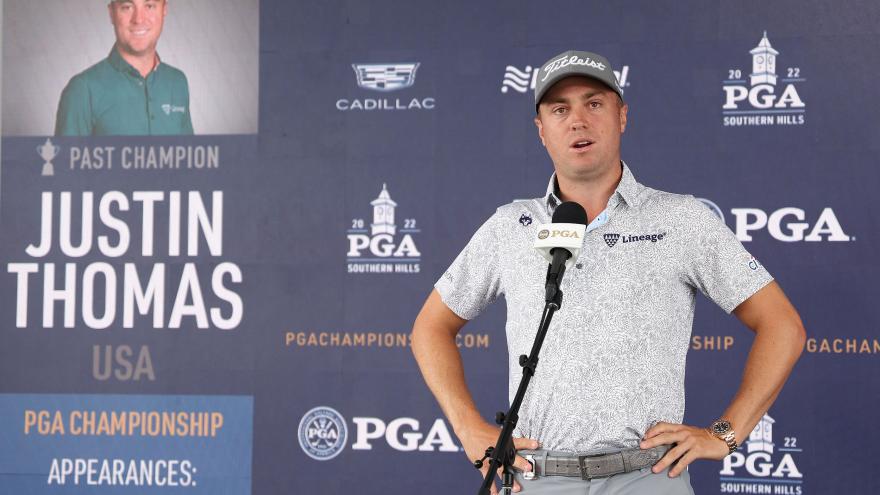 (CNN) -- Going to watch live sports has been increasing in price as years have gone by, but enough is enough for Justin Thomas.

The 2017 PGA Championship winner is not happy about what fans will have to pay for drinks and food at this year's edition of the major.

When Thomas got wind of a report from Golfweek's Steve DiMeglio, which said it will cost fans $18 for a beer and $16 for a salad at Southern Hills Country Club in Tulsa, Oklahoma, he felt he had to say something.

Thomas replied to the tweet with the report expressing his incredulity.

When one twitter user challenged Thomas as to where he thought the large winner's prize pot came from, Thomas said humorously: "Tv deals, ticket sales, corporate sponsors, etc. from the looks of it if the concession stands were factored into our purse we would be playing for $15 million."

In his pre-tournament press conference, Thomas was asked about the prices, and he once again expressed his surprise and disappointment. He said it was something that had been commented on in the changing room among his fellow players.

"I just saw it and I was blown away," he said. "It's just a bummer. You want people to come to the tournament. If I'm on the fence and I'm looking at the concession stand, that's not the greatest thing. But at the same time, people aren't like coming to a tournament, like: 'Oh, I'm going to go buy a Michelob Ultra,' you know what I mean."

"I was just blown away because I've never seen a beer $18 or $19 in my life," he said. "Guys have been talking about it, so I had to stand up for the fans. Felt like it was right."