Justices Ginsburg and O'Connor will get statues on US Capitol grounds 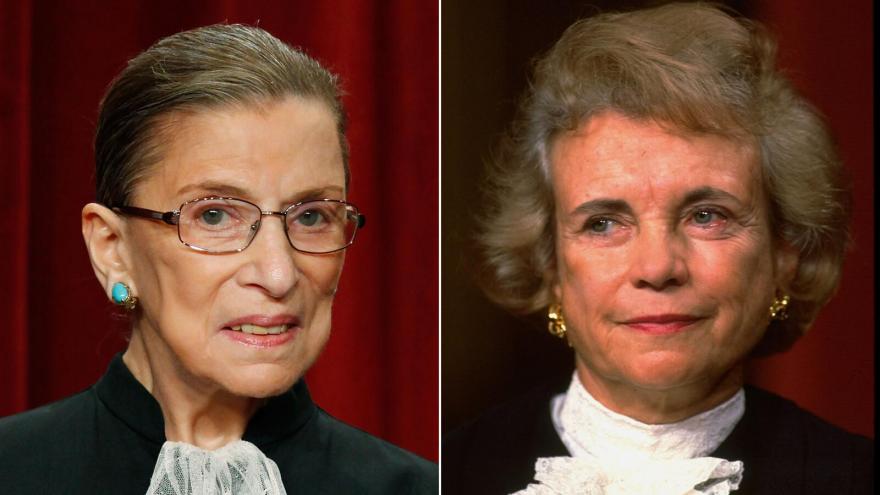 Former US Supreme Court Justices Sandra Day O'Connor and the late Ruth Bader Ginsburg will get statues on the grounds of the US Capitol.

(CNN) -- Former US Supreme Court Justices Sandra Day O'Connor and the late Ruth Bader Ginsburg will get statues on the grounds of the US Capitol after President Joe Biden on Wednesday signed a bipartisan bill into law to erect them.

The House passed the bill last month in a 349 to 63 vote, sending it to Biden's desk, after it cleared the Senate by unanimous consent in December 2021.

The legislation stipulates that the statues should be placed within two years of its enactment, and that priority should be given to a location near the old Supreme Court chamber in the Senate wing of the Capitol.

O'Connor was the first woman to serve on the high court, after President Ronald Reagan nominated her in 1981. She became an influential author of decisions on abortion rights, racial affirmative action, criminal procedures and an array of social issues during her quarter century tenure before retiring in 2006 as her husband's health worsened. She revealed in 2018 that she had been diagnosed with the "beginning stages of dementia, probably Alzheimer's disease."

She died in 2020 at age 87 due to complications from metastatic pancreas cancer.

Following her death, congressional Democrats, including Sen. Amy Klobuchar of Minnesota, introduced legislation to create a monument on Capitol Hill in Ginsburg's honor.

Klobuchar said on Twitter Wednesday that the statues of O'Connor and Ginsburg would be a "permanent reminder of how they opened doors for women at a time when so many insisted on keeping them shut."

Statues of the two iconic justices in the Capitol would join the few that depict female pioneers.