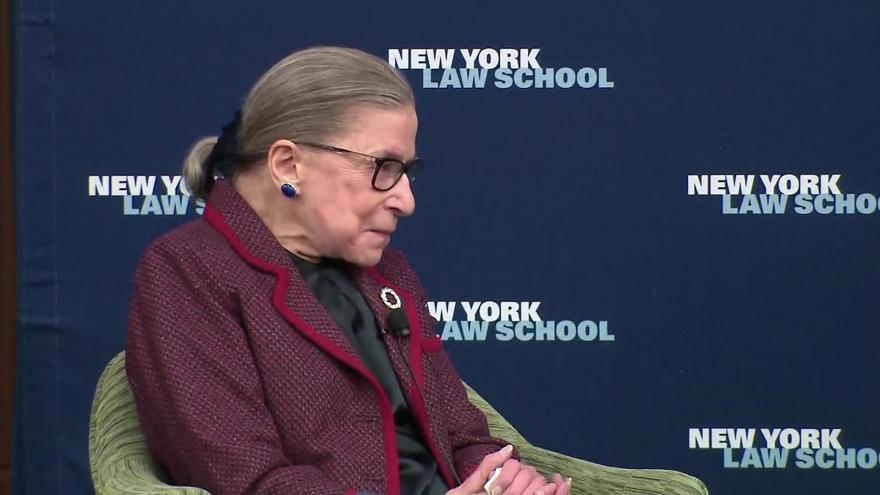 It's Ginsburg's third bout with cancer since she joined the court in 1993.

The court says the 85-year-old Ginsburg had the surgery Friday in New York and will remain in the hospital for a few days.

The court says doctors found "no evidence of disease elsewhere in the body." The court says no additional treatment is planned currently.

The growths were found during tests Ginsburg had after she fractured ribs in a fall on Nov. 7.

Ginsburg is being treated at Memorial Sloan Kettering Cancer Center in New York.