Justice Dept. expects to release Mueller report to Congress by 'mid-April, if not sooner' 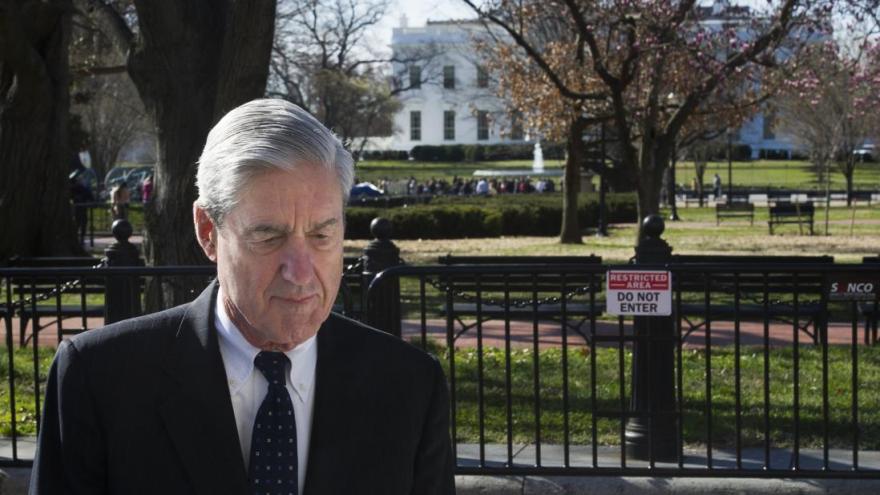 (CNN) -- The Justice Department will release special counsel Robert Mueller's report on the Russia investigation to Congress and the public by "mid-April, if not sooner," Attorney General Bill Barr said Friday.

In a letter to the chairmen of the House and Senate judiciary committees, Barr said his department is "well along" making redactions, with the assistance of the special counsel, and "there are no plans to submit the report to the White House for a privilege review."

The exact length of the report has been shrouded in secrecy, but Barr said Friday the report is "nearly 400 pages long," not including appendices and tables, and "sets forth the Special Counsel's findings, his analysis, and the reasons for his conclusions."

Barr also offered to testify shortly after the report is released, suggesting May 1 for the Senate committee and May 2 for the House committee.

On Sunday, Barr released a four-page summary of Mueller's principal conclusions, which Barr makes clear were not meant to be an "exhaustive recounting of the Special Counsel's investigation or report."

In that summary, Barr said that the Russia investigation "did not establish" that the Trump campaign conspired with the Russian government before the election, but Mueller did not draw a conclusion about whether Trump obstructed justice.

Trump and his Republicans allies have claimed vindication following Barr's summary of the Mueller report, while Democrats have said they have to read the full report for themselves first to see what Mueller really found. They also want Barr to explain how he and Deputy Attorney General Rod Rosenstein decided Trump's actions did not meet the standards for prosecuting an obstruction of justice case.

Barr wrote Friday that he does not think it's in the public interest for him to summarize Mueller's full report, nor does he plan to release sections in "piecemeal fashion."

"Everyone will soon be able to read it on their own," Barr added Friday.

Barr further confirmed that the Justice Department and special counsel's team are working to redact four types of information from the report: grand jury material, sensitive intelligence material, information that involves ongoing investigations, and "information that would unduly infringe on the personal privacy and reputational interests of peripheral third parties."

But the redactions Barr is working on won't satisfy Democrats.

"As I informed the Attorney General earlier this week, Congress requires the full and complete Mueller report, without redactions, as well as access to the underlying evidence, by April 2. That deadline still stands," Nadler said.

When they spoke by phone this week, Nadler asked Barr to work with the committee to ask the courts to make grand jury information public, according to a Democratic aide who said Barr would not commit to doing so. Democrats argue there is precedent for releasing grand jury material, and the aide said they see that as the "primary obstacle" to making the full Mueller report public.

"Rather than expend valuable time and resources trying to keep certain portions of this report from Congress, he should work with us to request a court order to release any and all grand jury information to the House Judiciary Committee — as has occurred in every similar investigation in the past," Nadler said. "There is ample precedent for the Department of Justice sharing all of the information that the Attorney General proposes to redact to the appropriate congressional committees."

Georgia Rep. Doug Collins, the top Republican on the House Judiciary Committee, accused Nadler in a statement Friday of setting arbitrary deadlines for Barr to release the report, and said Nadler's demand for Barr not to redact grand jury and other information amounted to calling for "the attorney general to break the law by releasing the report without redactions."

The Justice Department is likely to miss the Democrats' April 2 deadline, though House Democrats have not yet said what they will do afterward. Nadler said he would take Barr's proposed May hearing date "under advisement," but also added: "We feel that it is critical for Attorney General Barr to come before Congress immediately to explain the rationale behind his letter, his rapid decision that the evidence developed was insufficient to establish an obstruction of justice offense, and his continued refusal to provide us with the full report."