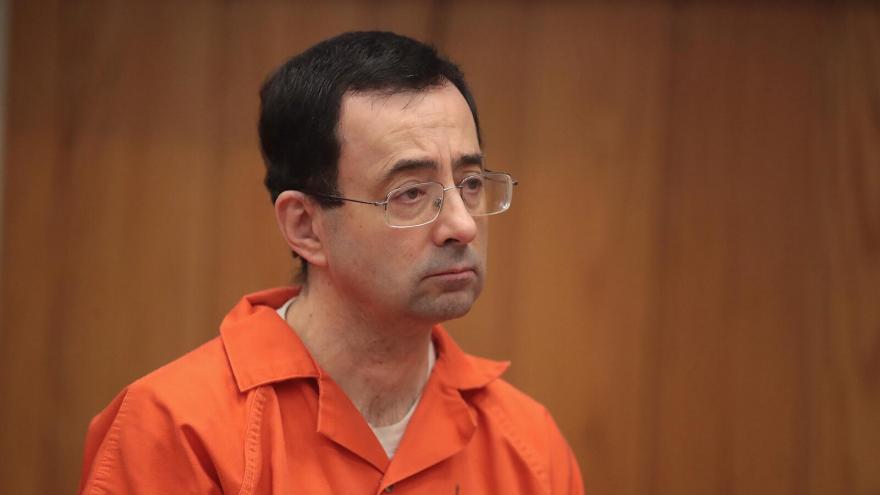 (CNN) -- FBI officials investigating allegations of sexual abuse by disgraced USA Gymnastics doctor Larry Nassar violated the agency's policies by making false statements and failing to properly document complaints by the accusers, resulting in a delay in the probe into the claims, the Justice Department's inspector general said in a scathing report Wednesday.

The Office of the Inspector General found that senior officials in the FBI Indianapolis Field Office failed to respond to the Nassar allegations with the utmost seriousness and urgency that they deserved and required, made numerous and fundamental errors when they did respond, and violated multiple FBI policies when undertaking their investigative activity. The probe was opened in 2018 to see whether the FBI and its field offices dragged their feet to respond to allegations of sexual assault made by gymnasts and the USA Gymnastics organization in 2015 and 2016.

The release of the 119-page report comes a little over a year after more than 120 of the survivors asked the Justice Department to make the findings public.

The bureau said in a statement that the "actions and inactions of certain FBI employees described in the report are inexcusable and a discredit to this organization," adding that it has taken action to "ensure and has confirmed that those responsible for the misconduct and breach of trust no longer work FBI matters."

Nassar, 57, is serving a 40-to-174-year state prison sentence after 156 women and girls said he sexually abused them over the course of 20 years.

The former USA Gymnastics and Michigan State University doctor pleaded guilty in November 2017 to seven counts of criminal sexual conduct for using his profession as a cover to sexually abuse his patients.

"According to civil court documents, approximately 70 or more young athletes were allegedly sexually abused by Nassar under the guise of medical treatment between July 2015, when USA Gymnastics first reported allegations about Nassar to the Indianapolis Field Office, and September 2016," the report reads. "For many of the approximately 70 or more athletes, the abuse by Nassar began before the FBI first became aware of allegations against Nassar and continued into 2016. For others, the alleged abuse began after USA Gymnastics reported the Nassar allegations to the Indianapolis Field Office in July 2015."

The report says Indianapolis Field Office Special Agent in Charge W. Jay Abbott and another unidentified supervisory special agent conducted a "limited follow-up" investigation in 2015 that included "a handful of email exchanges" and five pages of handwritten notes. The officials also neglected to interview two of the three accusers who were available for interviews, the report says.

Josh Minkler, an attorney for Abbott, told CNN in a statement that his client has received and reviewed a copy of the report.

The report also said that the Indianapolis Field Office "did not advise state or local authorities about the allegations and did not take any action to mitigate the risk to gymnasts that Nassar continued to treat."

The unnamed agent was demoted and his status with the FBI is pending review by the FBI's Office of Professional Responsibility. Abbott retired in January 2018.

"When the FBI's handling of the Nassar matter came under scrutiny from the public, Congress, the media, and FBI headquarters in 2017 and 2018, Indianapolis officials did not take responsibility for their failures," the report said. Instead, the agency "provided incomplete and inaccurate information," and after Abbott retired he also provided inaccurate information to the media "to make it appear that the Indianapolis office had been diligent in its follow-up efforts and they did so, in part, by blaming others for their own failures," according to the report.

Douglas Leff, the assistant director of the FBI's Inspection Division, said following the report's release that the officials' actions were "completely unacceptable."

During the eight months the FBI was supposed to be investigating the gymnasts' claims, Abbott met with a high-ranking official with the USA Gymnastics organization at a bar to discuss a potential job offer with the Olympics security detail when he retired, according to the report.

The FBI Los Angeles Field Office learned about the same allegations from the three gymnasts in May 2016, where it "appreciated the utmost seriousness of the Nassar allegations and took numerous investigative steps upon learning of them" but it, too, did not notify local authorities, the report says.

"Simply put, the behavior described in the report is not representative of the FBI or of our tens of thousands of retirees and current employees," Leff wrote in a letter Tuesday that's included in the report. "To the extent the review reveals additional misconduct by FBI employees, we will similarly act promptly as warranted upon OPR's adjudication."

John Manly, an attorney for more than 150 of the women and girls Nassar sexually abused, urged the Justice Department to criminally charge the agents who mishandled the investigation, saying in a statement on Wednesday that "those responsible need to be held to account, with all the force the law can provide."

"When an ordinary American citizen lies to the FBI in the course of an investigation, they are prosecuted, yet no charges have been filed against anyone as a result of this five-year investigation," Manly said. "The FBI betrayed generations of Olympic champions. It betrayed the hundreds of children Nassar savaged, and it betrayed the American people's trust."

Nassar is housed at the high-security US Penitentiary Coleman II in Sumterville, Florida. His release date, according to online Federal Bureau of Prisons records, is January 30, 2068.

This story has been updated with additional details from the report and reaction.