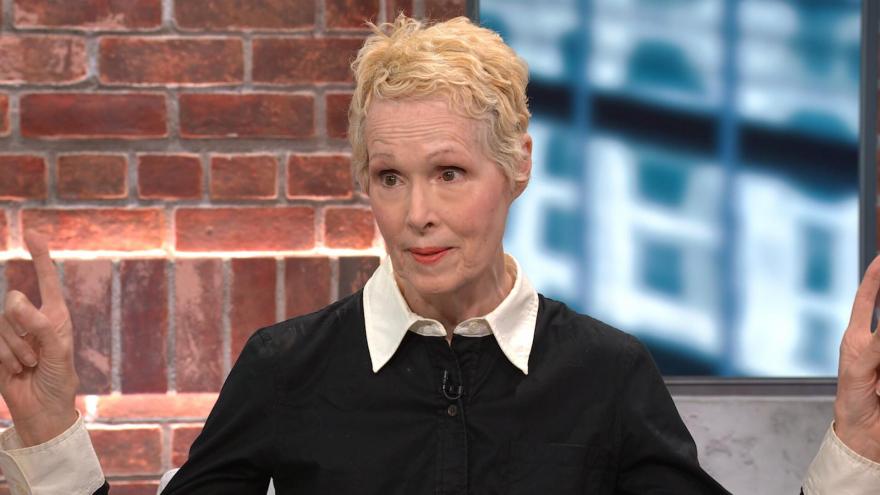 The US Justice Department asked to take over the defense of President Donald Trump in a defamation lawsuit filed against him by E. Jean Carroll, a woman who has accused Trump of sexual assault.

(CNN) -- The US Justice Department, in an extraordinary move on Tuesday, asked to take over the defense of President Donald Trump in a defamation lawsuit filed against him by E. Jean Carroll, a woman who has accused Trump of sexual assault.

While the alleged sexual assault occurred long before Trump became President, the Justice Department argued that it must take over because Trump's comments spurring the defamation lawsuit came while he was in office. The move -- defending Trump at taxpayer expense -- comes amid ongoing criticism that the Justice Department has acted in the President's personal interests.

Carroll, an advice columnist who for years wrote for Elle Magazine, alleged in a lawsuit filed last fall that Trump sexually assaulted her in a dressing room at luxury Manhattan department store Bergdorf Goodman in the 1990s. Trump has denied the allegation, calling it "totally false" and saying he "never met this person in my life."

The request and possible change of lawyers could further delay the lawsuit, or even kill it entirely. Should the Justice Department be allowed to take over, it could mean the end of Carroll's lawsuit as the federal government can't be sued for defamation, noted CNN legal analyst and University of Texas law school professor Steve Vladeck.

Trump's denials came while he was acting in his official duties as President, the Justice Department said in court papers Tuesday.

"President Trump was acting within the scope of his office as President of the United States at the time of the incidents out of which the Plaintiff's defamation claim arose. Indeed, when providing the challenged statements, the President was speaking to or responding to inquiries from the press, much as the elected officials in the cases cited above were speaking to the press or making other public statements at the time of their challenged actions," the Justice Department's court filing stated.

"The Westfall Act accordingly requires the substitution of the United States as defendant in this action," the department added.

"Even in today's world, that argument is shocking," said Roberta Kaplan, Carroll's attorney, of the Justice Department's logic.

"I can't remotely conceive how DOJ can argue with a straight face that it is somehow within the official duties of the President to deny a claim that he committed sexual assault years before he took office," Honig said.

The Justice Department and Attorney General William Barr are already under fire for actions that appear to benefit Trump's political standing.

"This is very much consistent with Barr's well-established pattern of distorting fact and law to protect Trump and his allies: the Mueller report, Ukraine, Stone, Flynn, firing of the SDNY US Attorney and, more recently, baseless claims about widespread mail-in ballot fraud," Honig said.

A White House official said the Justice Department's move Tuesday has precedent under the Federal Tort Claims Act and the case belongs in federal court with the United States as the defendant.

"The Department's action adheres to the plain language and intent of the statute, which the courts have confirmed applies when elected officials, such as members of Congress, respond to press inquiries including with respect to personal matters," the official said.

A New York judge last month ruled that the lawsuit could proceed against Trump.

Carroll is also seeking to require Trump provide a DNA sample to compare with male genetic material found on the black Donna Karan dress Carroll says she wore during the alleged encounter at Bergdorf's.

"President Trump knows that I told the truth when I said that he had sexually assaulted me in a dressing room at Bergdorf Goodman. He also knows that he was lying when he said that he had never met me before and that I 'wasn't his type,'" Carroll said in a statement.

"Today's actions demonstrate that Trump will do everything possible, including using the full powers of the federal government, to block discovery from going forward in my case before the upcoming election to try to prevent a jury from ever deciding which one of us is lying," she said.

This story has been updated with comments from a White House official.