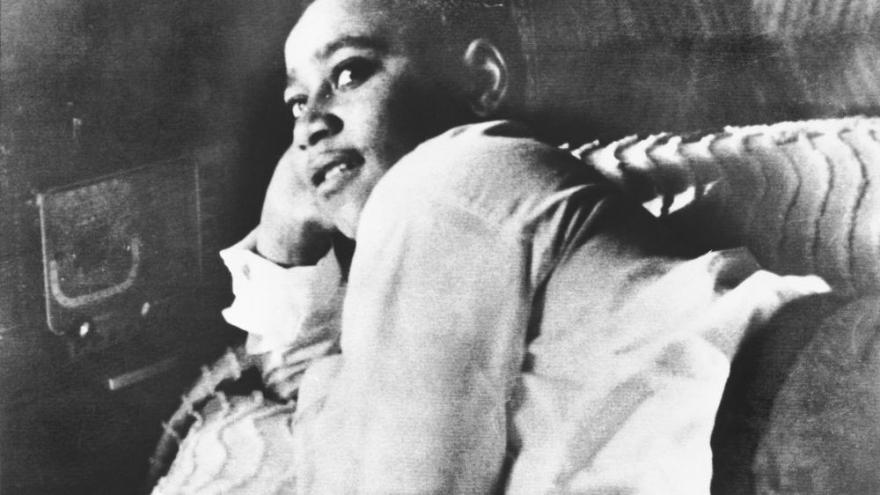 The Justice Department has officially closed its investigation into the infamous of killing Emmett Till for a second time, two sources familiar with the investigation said, leaving only more questions after a potentially significant claim from one of the last living witnesses led investigators on a fresh hunt for evidence.

(CNN) -- The Justice Department has officially closed its investigation into the infamous killing of Emmett Till without federal charges for a second time, leaving only more questions after a potentially significant claim from one of the last living witnesses led investigators on a fresh hunt for evidence.

In 2017, professor Timothy Tyson unearthed what appeared to be a key piece of evidence in one of the most haunting and grisly murders documented in the Jim Crow Era: a recantation from the woman at the center of the case who had accused Till of making sexual advances at her over 60 years ago.

Yet after an exhaustive investigation, the Justice Department's Civil Rights Division has now concluded it cannot prove the woman lied to federal investigators about her story.

After CNN reported the development in the case earlier Monday, the department subsequently made public a memo explaining the evidence investigators reviewed and its reasons for closing the matter without federal charges.

Fourteen-year-old Till, a Black teen from Chicago, was visiting family in Mississippi in 1955 -- the scene of his fateful encounter with then-20-year-old Carolyn Bryant Donham. Accounts from that day differ, but witnesses alleged that Till whistled at Donham as she left the market she ran with her husband. Donham later testified in 1955 that Till grabbed her hand, her waist, and propositioned her, saying that he had been with "white women before." Yet when that trial testimony was raised with her years later in a 2008 interview, Tyson claimed Donham told him: "That part's not true."

The explosive reported confession set off a firestorm of calls for authorities to re-open the cold case. The Justice Department had already re-examined the case once and concluded in 2007 that no one could be prosecuted at the federal level based on the evidence available and the statute of limitations had long since run out.

The goal, sources familiar with the investigation say, was to determine if Donham actually recanted her previous testimony in her interview with Tyson, and if so, what other evidence she might be willing to provide that could shed light on her role in the killing or in identifying others who might be culpable.

"A recantation would directly contradict both her testimony at the state proceedings in 1955 and the statements she provided to the FBI during the previous investigation," the Justice Department explained in the memo Monday.

Yet when questioned directly, Donham adamantly denied to investigators that she had recanted her testimony.

And other investigators ran into additional evidentiary problems.

The most damning statements Tyson attributed to Donham were not recorded or transcribed, and he gave authorities inconsistent statements on whether a recording had ever been made, the department said. Tyson took some notes of their conversation, but he could not provide a firm timeline of when her confession reportedly happened.

"These facts would preclude the government from proving, beyond a reasonable doubt, that (Donham) recanted her previous testimony when speaking with Tyson, and therefore that she lied to the FBI when she denied having done so," the department wrote Monday, taking care to note that DOJ lawyers were not suggesting they necessarily credited her original story.

"There remains considerable doubt as to the credibility of (Donham's) original account of what happened inside the store," the DOJ memo went on to explain.

However, "there is no witness the government could now call to disprove her account."

When reached for comment via email, Tyson provided a lengthy statement, standing by his story.

"My reporting is rock solid," Tyson said in a statement to CNN. "Carolyn Bryant denies it and avoids talking about it like it was the plague. I am standing in the public square telling the truth as I see it based on solid evidence."

When asked about the nine-year gap in time between when he says Donham confessed to him and when he made the news public in 2017, Tyson said in part: "Since nothing Carolyn Bryant Donham said in our two interviews implicated any living person, including herself, at the time I did not think them particularly newsworthy."

The professor further explained in a later statement to CNN that he provided the FBI with his notes and that he did try to reinterview Donham to "get her to say more about her conflicting stories," but was unable to speak with Donham again.

While accounts differ, memories have faded and most witnesses have died, any real measure of accountability in the case has eluded federal prosecutors for decades. Till was kidnapped, tortured, and killed at the hands of two White men who were prosecuted in state court and acquitted by an all-White jury. The men later admitted to the killing in an interview with Look magazine and are now dead.

This latest chapter in the notorious case is likely to leave Till's remaining family members with more questions than answers. The haunting picture of his mutilated body, first published in Jet Magazine at his mother's request, was seared into the minds of many as an enduring image of the racist violence of the era.

Justice Department officials, including the head of the Civil Rights Division, Kristen Clarke, flew to Chicago to brief Till's remaining family members in person on Monday on what investigators had found and the decision to close the case, according to sources familiar with the matter.

"We cannot stop even though we don't feel that we got justice," said Ollie Gordon, one of Till's cousins. "We still must move forward so that these particular hate crimes will not continue to be done and no justice is found."