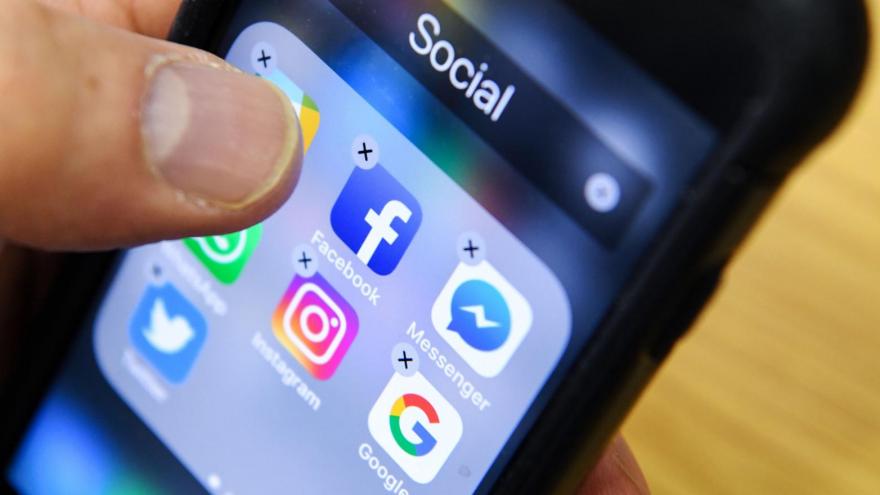 Lawyers for Harvey Weinstein filed an appeal Monday asking for a New York court to reverse his sex crimes convictions and grant him a new trial. Weinstein is shown at the Manhattan Criminal Court, on February 24, 2020 in New York City.

(CNN) -- Justice Clarence Thomas suggested on Monday that Congress should consider whether laws should be updated to better regulate social media platforms that, he said, have come to have "unbridled control" over "unprecedented" amounts of speech.

The provocative and controversial opinion comes as Twitter banned former President Donald Trump from its platform for violating its rules on incitement of violence and some conservatives have called on more regulations in the tech world to combat what they view as political bias on social media.

"If part of the problem is private, concentrated control over online content and platforms available to the public, then part of the solution may be found in doctrines that limit the right of a private company to exclude, " Thomas wrote in a 12-page concurring opinion Monday.

Thomas's stance will raise concerns from critics who point out that social media platforms have not historically been subject to such content regulation, but instead have been left to devise their policies on their own.

No other justice joined Thomas's opinion, that came as he agreed with the court's decision to dismiss a case concerning Trump's use of Twitter while he was President. Thomas said the court was right to dismiss the case that predated the election and Twitter's decision to ban Trump after the Capitol Hill riot.

But Thomas said the issue caused him to think about the "principal legal difficulty that surrounds" a digital platform, specifically the concentration of power in the hands of so few owners at social media companies. He took the opportunity to suggest further exploration which could lead to a sea change for tech platforms if it ever gained traction.

Today's digital platforms, Thomas argued, "provide avenues for historically unprecedented amounts of speech," but he said it also concentrates control "of so much speech in the hands of a few private parties."

In particular he pointed out that Twitter was able to remove any person from the platform -- "even the President of the United States."

"As Twitter made clear, the right to cut off speech lies most powerfully in the hands of private digital platforms," Thomas said.

Thomas has a history of using solo dissents or concurring opinions to press an issue that he thinks deserves more contemplation. In 2019 he used one abortion dispute to write a concurrence about his fear that abortion could become a "tool of eugenic manipulation."

In 2019, he called for reconsideration of a landmark First Amendment precedent New York Times v. Sullivan, which makes it more difficult for public figures to sue for defamation, opining that the decision that was a "policy-driven" decision "masquerading as constitutional law."

And earlier this year, Thomas in a dissent revealed some support for Trump and Republicans who have refused to accept the result of the 2020 election.

"We are fortunate that many of the cases we have seen alleged only improper rule changes, not fraud. But that observation provides only small comfort," Thomas said, dissenting as the court rejected a long-pending challenge to Pennsylvania mail-in voting procedures.

Monday, Thomas emphasized that Facebook, controlled by Mark Zuckerberg, has nearly 3 billion people who use and that Google brought in $182.5 billion last year, 40.3 billion in net income.

The conservative justice said that the court will soon have "no choice" but to address how legal doctrines apply to "privately owned information infrastructure such as digital platforms."

He questioned whether the platforms should be viewed as "common carriers" like train services and telephone companies that have historically been subject to government regulations because of the essential service they provide to the public.

Katie Fallow, a First Amendment expert at the Knight First Amendment Institute at Columbia University said that the group actually shares Thomas concern about the power over speech being concentrated in the hands of so few. "But we think that concentrating that same power in the hands of government regulators will not necessarily solve the problems associated with social media companies." Instead, she worried it might exacerbate the issue.

"So even if the platforms were treated as 'common carriers,'" she said any attempt to regulate the content of the platforms' content "would raise significant First Amendment concerns."

Vladeck noted that none of the justices joined Thomas in his opinion Monday and the real question is whether they will embrace this stance in the future.

"Of course, this isn't the first time Justice Thomas has offered an idiosyncratic view of the First Amendment," Vladeck said. "The bigger question is whether any of his colleagues agree with him."