Jussie Smollett's return to acting 'up in the air,' says representative 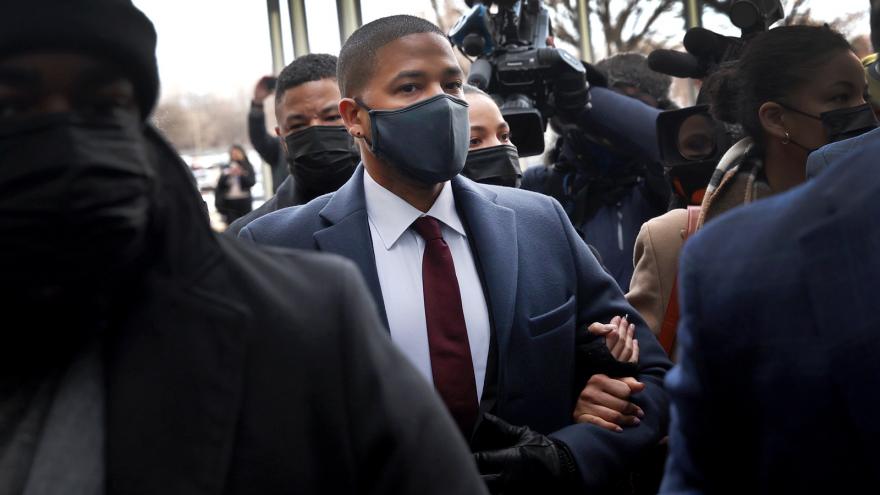 (CNN) -- Actor Jussie Smollett is headed to jail for lying to police and orchestrating a hate crime hoax, but with his legal proceedings largely over, the questions now turn to the former "Empire" star's future in Hollywood.

On any potential return to acting, a Smollett family representative told CNN, "clearly he would like to" but also that at the moment "everything is up in the air."

Hollywood is no stranger to handing out redemption to talented men and women who make mistakes, whether it be an offense that lands them in Twitter jail or actual jail. The question is whether Smollett will clear the invisible bar set for him to make his way back onto screens big and small or end up on a list of uncastable actors.

There are indications that at least some notable figures in Hollywood have not distanced himself from Smollett, who got his start in the industry at 12 years old in a short-lived ABC's sitcom in which he starred alongside his siblings.

At a hearing on Thursday, at which Smollett was sentenced to 150 days in jail, Smollett's team presented the judge with letters of support from actor Samuel L. Jackson and his wife LaTanya, among others.

In their letter, the couple argued that Smollett should be spared jail time and that the 39-year-old "has already suffered a great deal of punishment as this situation has destroyed his existing career and impuned his reputation."

Smollett's sister, Jurnee Smollett, arguably the most acclaimed of the family's six entertainer siblings, remains well connected and regarded in the industry, as well. Even as the family navigated Jussie Smollett's legal troubles, she was among the cast of HBO's horror drama "Lovecraft Country," which debuted in 2020. (CNN, like HBO, is owned by WarnerMedia.)

It was on the press tour for that series that the actress, known for her past roles on shows like WGN's "Underground" and HBO's "True Blood," publicly opened up about her brother's scandal in detail and reiterated her support for him.

Smollett was found guilty back in December on five counts of felony disorderly conduct for making false reports about what he said was an anti-gay and anti-Black hate crime. The actor, who is Black and gay, told Chicago police that in January 2019, two unknown men attacked him, yelled racist and homophobic slurs at him, poured bleach on him and wrapped a noose around his neck.

Chicago police investigated the case as a possible hate crime and at the time, celebrities and politicians rushed to defend him publicly.

That support wavered as the incident's twists and turns played out, particularly as investigators soon determined the actor orchestrated the incident and paid two brothers he knew from the Fox drama "Empire" to stage the incident for publicity.

On Thursday, the silence from some of Smollett's original defenders was deafening.

Actress Yvette Nicole Brown was an exception. Among those who expressed her "love" for the Smollett family in 2019, Brown shared her thoughts once again on Friday, tweeting, "The way that judge reprimanded Jussie, you'd think he murdered 2 people or used a gun instead of a taser on a Black man at a traffic stop."

Smollett's attorneys have indicated they intend to appeal.