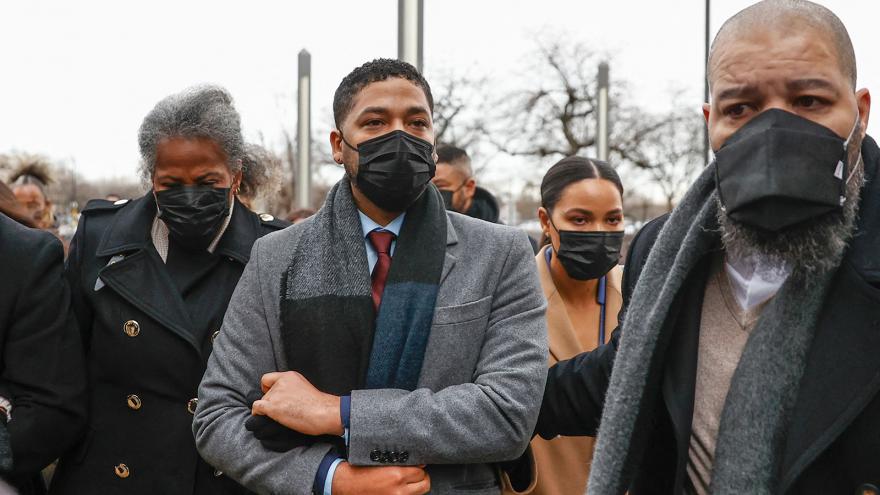 CHICAGO (AP) — A jury has convicted Jussie Smollett on five of six charges he staged a racist, anti-gay attack on himself and lied to Chicago police about it.

The jury returned the verdict Thursday afternoon against the former actor from the TV show "Empire" after a weeklong trial.

Jurors acquitted him on one charge.

Two brothers testified that Smollett orchestrated the hoax to get publicity.

They said he paid them to fake the January 2019 attack in downtown Chicago.

Smollett repeatedly denied the claims, calling the brothers "liars" and telling jurors "there was no hoax."

The charges carry a possible sentence of three years in prison, though legal experts say the 39-year-old Smollett is more likely to get probation and be ordered to perform community service.