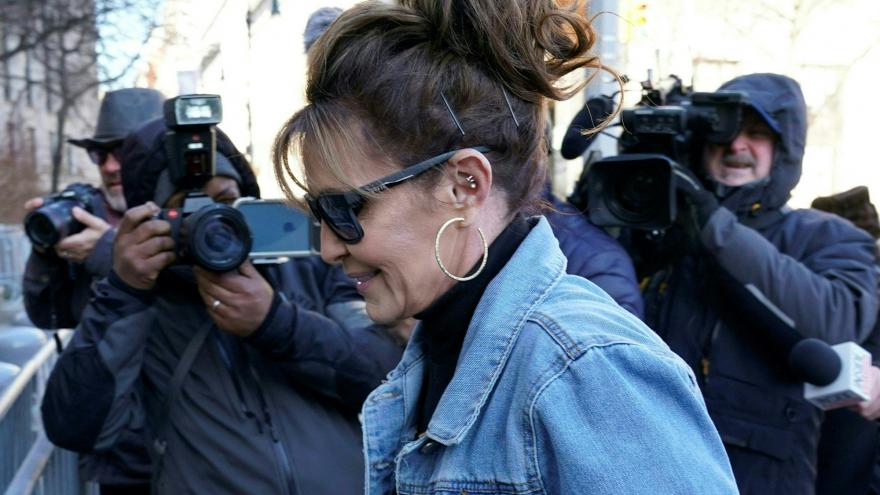 (CNN) -- The New York Times has prevailed in defending itself against a defamation lawsuit brought by Sarah Palin after jurors found she had not proven her case.

The jury of nine, which had been deliberating since Friday afternoon, found the Times not liable for defamation against Palin.

Unbeknownst to them, during deliberations, Rakoff ruled that Palin's attorneys did not prove a key element of their case, and that he would set aside the jury's verdict should it have found for Palin.

"The law here sets a very high standard," Rakoff said Monday. "The court finds that that standard has not been met."

Palin and her attorneys have previously indicated they would consider an appeal if the jury trial not go in their favor.

Attorneys for the Times celebrated Monday, hugging each other in court after Rakoff made his decision.

"The New York Times welcomes today's verdict. It is a reaffirmation of a fundamental tenet of American law: public figures should not be permitted to use libel suits to punish or intimidate news organizations that make, acknowledge and swiftly correct unintentional errors," Times spokeswoman Danielle Rhoades Ha said in a statement after Tuesday's verdict. "It is gratifying that the jury and the judge understood the legal protections for the news media and our vital role in American society. We also want to thank the jurors for their careful deliberations in a difficult area of the law."

Palin sued the Times and its former editorial page editor James Bennet in 2017 after they published an editorial that erroneously linked a map that Palin's political action committee had posted to a shooting in 2011 that killed six and injured former Congresswoman Gabrielle Giffords.

The editorial in question was published on the day of the shooting at a baseball practice that injured Congressman Steve Scalise. It was meant to address heated political rhetoric ahead of the shooting, but in making its point, the Times erroneously said that there was a "clear" link between a map that had crosshairs over congressional districts, including Giffords', and the shooting that injured her. Bennet testified that he added language about there being a clear link and that once he realized his error, he worked to quickly issue a correction.

Palin testified she was "mortified" that the Times falsely accused her of inciting the murder of those six people, which included a federal judge and a 9-year-old girl, six years after that deadly shooting.

Bennet testified that he was surprised that some people interpreted the editorial as saying the man who shot Giffords and others was incited by Palin, testifying "that is not the message we intended to send."