Patrick Frazee convicted of killing his fiancée, sentenced to life without the possibility of parole 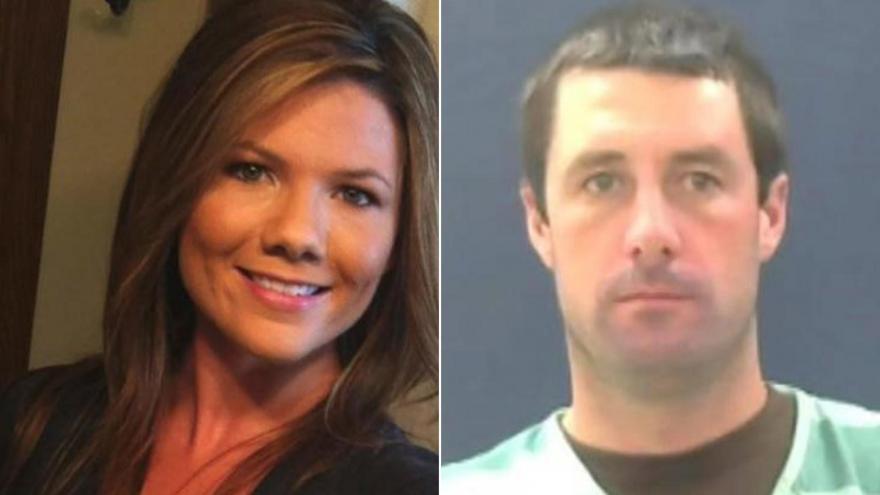 As he waited for his murder trial to begin, Patrick Frazee sent letters to a man he met in jail asking him to kill some of the witnesses, the former inmate testified. CREDIT: Courtesy Berreth family/Teller County Sheriff's Office

(CNN) -- A Colorado judge Monday sentenced Patrick Frazee to life in prison without the possibility of parole for killing Kelsey Berreth, his fiancée who went last missing last Thanksgiving.

District Court Judge Scott Sells gave Frazee an additional 156 years on several of the eight charges he was convicted of.

"Your actions were vicious and senseless. ... Kelsey spent her last night caring for you. You repay her by viciously beating her to death. Then you burned her body," Sells said.

A Teller County jury deliberated for 3 1/2 hours Monday before convicting Frazee, 33, of all charges including first-degree murder, solicitation to commit murder and one count of tampering with a body.

People in the courtroom cried and hugged as the verdict was read. Frazee stood beside the defense counsel, emotionless, and whispered briefly to his attorney. He did not show a reaction to the verdict.

During the sentencing phase, several emotional letters from Berreth's family and friends were read aloud in court. Frazee said nothing on his behalf.

"This is without a doubt one of the most brutal murders I've ever seen in my 18 years of practicing law," prosecutor Jennifer Viehman said in the courtroom.

Berreth, 29, was the mother of Frazee's toddler daughter. Prosecutors say Frazee beat Berreth with a bat. Her body has not been found.

During closing arguments, prosecutor Beth Reed showed a photo slide of Berreth. "We all wish Kelsey would walk through that door right now. ... That's never going to happen," she told jurors.

"While Kelsey (was) planning a future ... the defendant ... this man," she said, pointing to Frazee, "(was) planning to kill her for months."

"The evidence is compelling, it's overwhelming, that the defendant is guilty as charged," she said.

Krystal Lee Kenney, who was in a relationship with Frazee, testified at the trial last week that he told her his daughter was in "imminent danger," according to CNN affiliate KMGH. She testified that he accused Berreth of abusing their child and said he "had to do something," CNN affiliate KMGH reported.

Kenney testified that Frazee told her to give Berreth a drugged coffee so "we can end this." Days later, he gave her a pipe and told her to hit Berreth on the head and to "make sure there wasn't a lot of blood," she testified. When Kenney arrived at Berreth's home, a barking dog drove her away, she said.

The next day, she testified, Frazee gave her a bat and told her to "swing away." But she later told him she couldn't do it.

Kenney told the court the couple's 1-year-old daughter was in the apartment when Berreth was killed. She testified that Berreth's last words, according to Frazee, were: "Please stop."

The time line of alleged crime is 'made up,' defense says

Kenney initially lied to FBI agents about whether she knew Berreth and about her disappearance. But she later told investigators Frazee told her he killed his fiancée, and she helped clean up the crime scene and get rid of the body, a criminal affidavit said.

She took a plea deal, agreeing to testify Frazee's trial and pleading guilty to a tampering charge, KMGH reported.

Frazee's attorneys have argued Kenney had many chances to alert police or family about Frazee's plans.

"You're being asked to ignore the evidence ... and a timeline made up by Krystal Lee," he told jurors.

He said Frazee "says a lot of stupid things."

"He does stupid things that allows the prosecution to build a case based on circumstantial evidence," he said.

"It's stupidity ... but not proof he committed murder," he said.

Berreth was someone's daughter and co-worker, May said. "Does this sound like someone who would just disappear?"

After the sentencing, May said it was "a bittersweet day for the prosecution and this community."

"It was a sweet day in the sense that justice was brought to Patrick Frazee for this brutal, gruesome, senseless murder," he told reporters.

"It's a sad day that all justice can do is hold Patrick Frazee accountable. We wish Kelsey were here today. That would be true justice if she could join us today."

Correction: This story has been updated with the correct name of one of the prosecutors who delivered closing arguments.