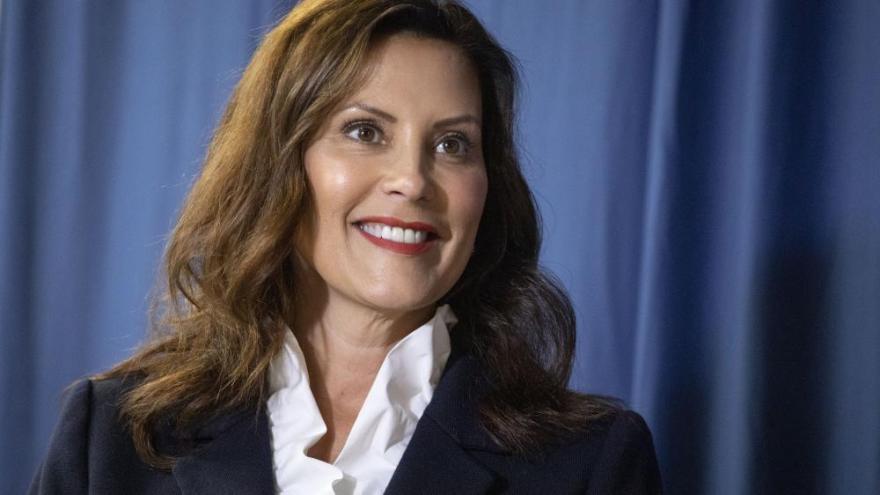 Adam Fox and Barry Croft face a maximum sentence of life in prison for the kidnapping conspiracy conviction. They were also convicted of one count of conspiracy to use weapons of mass destruction.

Their first trial ended in a mistrial.

Prosecutors allege that Fox was the ringleader of a plot to kidnap the Democratic governor from her summer home and Croft was a part of the plan and practiced detonating explosives in preparation.

"There are a lot of things that are complicated today. There's one thing that's pretty simple still - kidnapping is wrong. You can't just strap on an AR-15 and body armor and go snatch the governor. You can't snatch anybody, and you certainly can't make bombs that are meant to maim and kill people. And this case is about a plot to abduct Gov. Whitmer. But that wasn't these defendants ultimate goal," Prosecutor Nils Kessler said during closing arguments Monday morning.

Defense attorneys maintained an entrapment defense, arguing that the FBI coerced the defendants to drive the plot forward through a collection of undercover agents and confidential informants.

Fox's attorney told jurors during closing arguments that he was lured into the scheme by the government's key witness, a confidential informant called "Big Dan."

"Adam Fox was not ever predisposed to the crime of kidnapping Gov. Whitmer. He talked a big game but talk is just talk. Adam Fox took no affirmative steps to achieve the ends as Special Agent Chambers and Big Dan pushed so hard to achieve," Fox's attorney Christopher Gibbons said.

An attorney for Croft told the jury Monday that FBI agents lied on the stand about Croft's participation in an effort to nab him for any crime they could because of his years-long record of extreme anti-government internet chatter.

"Now as we sat here the last couple of weeks together in the trial, the government has shown us time and time again that they don't care that Barry Croft didn't actually make an agreement to kidnap the governor. They think it's enough that some of the things that Barry says scares them," Croft's attorney Joshua Blanchard said in court. "They'd like to lock him up in a cage, not because he committed this crime, but because they're afraid of the things that have come out of his mouth."

Neither defendant testified in their own defense.

A federal judge declared a mistrial over a hung jury in the first trial for Fox and Croft earlier this year. Two other men acquitted in the first trial, Brandon Caserta and Daniel Harris, ultimately did not testify in the defense case despite being subpoenaed by the defense.

Two other co-defendants that pleaded guilty before the first trial, Ty Garbin and Kaleb Franks, testified in both trials.

David Porter, assistant special agent in charge with the FBI Detroit Field Office, said the verdict is a "clear example" that anti-government views do not justify violence.

"Here in America, if you disagree with your government, you have options. You can criticize your government, you can protest, you can vote your elected officials out of office," Porter told reporters outside the courthouse. "However, what you cannot do is plan or commit acts of violence. Violence is never the answer."