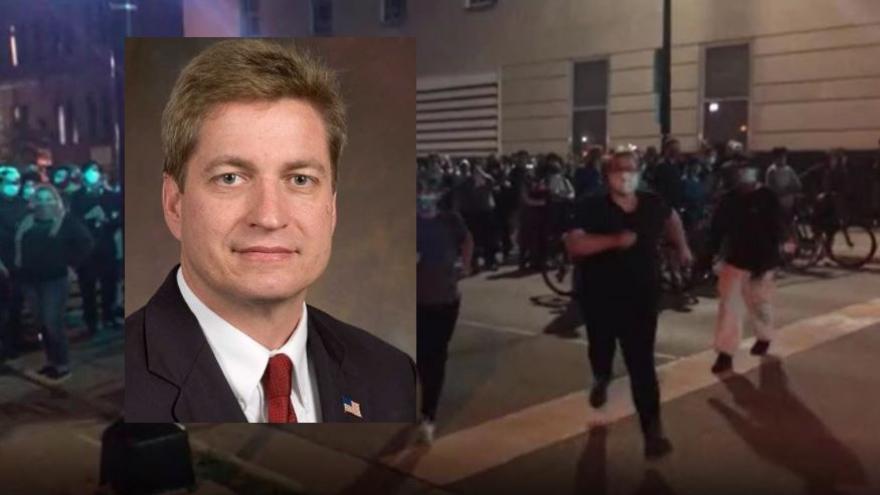 MADISON, Wis. (AP) — A jury has acquitted a woman accused of sparking an attack on a Wisconsin state senator who was filming a Black Lives Matter protest outside the Capitol last year. Kerida O'Reilly, of Madison, was found not guilty Tuesday of felony substantial battery and misdemeanor disorderly conduct.

She was accused of rushing toward Democratic Sen. Tim Carpenter in a move that prompted other people to start hitting and kicking him.The confrontation left Carpenter with a broken nose and concussion along with numerous bruises and cuts.

Carpenter testified he does not believe O'Reilly struck him after others converged on him, but said she knocked him off-balance. O'Reilly and a co-defendant, Samantha Hamer, contended they were merely trying to get Carpenter to stop filming the protests.