Jumping the shark? Kiss will play for them in the ocean 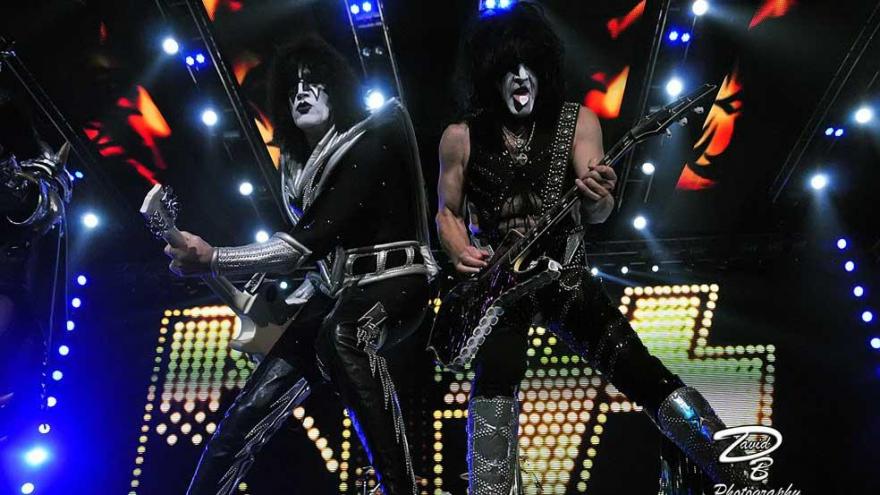 ATLANTIC CITY, N.J. (AP) — Having played nearly every corner of the Earth in a nearly 50-year career, the rock band Kiss is taking its show to a new place _ under the sea, where they will perform for great white sharks and eight fans separated from them by a small submarine.

As part of a promotion by Airbnb, the fans and Kiss will travel Nov. 18 in separate boats off the coast of southern Australia. While Kiss stays above board on one vessel, the fans will be lowered beneath the surface of the water from a second boat into the viewing sub in an area known for shark activity.

Using underwater speakers, Kiss will begin playing, and the sound will be audible to the submerged fans and the sharks.

“I was a little taken aback by it, but they explained that sharks are attracted to low frequencies and so they’re attracted to rock ‘n’ roll,” singer and guitarist Paul Stanley told The Associated Press. “Since we’re going to be in Australia, it gives a whole new meaning to doing a concert down under.”

The first-come, first-served event costs $50, which is half the price of Kiss tickets in even the worst nosebleed seats in the last row at Madison Square Garden. Proceeds will go to charity, the company said. Reservations can be made starting at 6 p.m. EDT on airbnb.com/KISS on Oct. 14.

The event will take place in the Indian Ocean off Port Lincoln, South Australia. Kiss will be in full makeup and costumes for the performance, which will be at least four songs.

“I’m not sure how much of us the sharks can take,” Stanley said. “I’m hoping they know ‘Rock And Roll All Nite.’”

Stanley said Kiss bassist Gene Simmons has recovered after having some kidney stones removed recently, and should be ready to perform well before the shark show.

“I tend to think he just ate gravel,” Stanley joked.

The event is part of Airbnb Animal Experiences, and is designed to have people entertain animals instead of the other way around, the company said in a news release.

As strange as it sounds, underwater concerts are not new. The Underwater Music Festival has been held for the past 35 years in the Florida Keys.

The shark show has untapped potential if they want to do it again sometime. After all, what other concert could potentially bring together Great White and Air Supply?