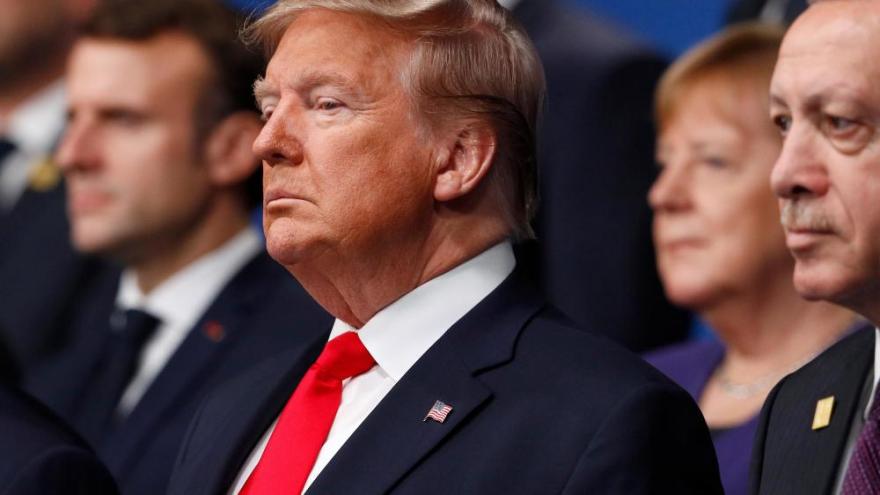 The House Judiciary Committee just approved the second of two articles of impeachment, which accuses President Trump of obstruction of Congress.

(CNN) -- The House Judiciary Committee on Friday voted to approve two articles of impeachment against President Donald Trump, sending impeachment of the President to the House floor after a bitter and contentious committee debate that stretched over three days.

The committee action tees up a historic vote to impeach the President on the House floor next week, a vote that would make Trump third president in American history to be impeached by Congress.

The judiciary panel approved the impeachment articles of abuse of power and obstruction of Congress on two party-line votes Friday morning, following a surprise decision late Thursday evening to delay the final votes -- a move that underscored the raw partisan tensions running throughout the impeachment proceedings.

Democrats say that Trump should be removed from office for abusing his office by pressuring Ukraine to investigate his political rivals and withholding US security aid and a White House meeting, and then obstructing the investigation into his misconduct.

"Today is a solemn and sad day," said House Judiciary Chairman Jerry Nadler. "For the third time in a little over a century half, the House Judiciary Committee has voted articles of impeachment against the President, for abuse of power and obstruction of Congress. The House will act expeditiously."

Republicans have denounced Democrats for pushing forward with what they say is a politically motivated impeachment that fails to prove the President committed any wrongdoing, let alone a crime.

The contested circumstances surrounding Friday's vote only added to the partisan rancor on the judiciary panel as it took up impeachment.

"Today's vote highlights the pettiness of last night's delay and the folly of articles of impeachment that allege no crime and establish no case," said Rep. Doug Collins of Georgia, the committee's top Republican.

After 11 p.m. Thursday, Nadler wrapped up the committee debate on impeachment articles that had begun more than 14 hours earlier. But instead of taking the final votes, he suddenly gaveled out, announcing the vote would take place Friday morning instead.

The Republicans leapt out of their chairs to angrily protest what Collins described as an ambush after Republicans agreed to stop putting forward amendments.

But Democrats said they held the vote Friday only after Republicans pushed the committee debate into the night Thursday, longer than they had initially let on. Democrats said Republicans were trying to make Democrats vote on the articles in the middle of the night, and as a result, Nadler moved the votes until Friday morning so the public would be able to witness it.

Republicans did not raise additional objections inside the hearing room Friday morning, and the two articles were quickly passed on party-line votes.

The late-night fight over scheduling followed an intense debate over the articles themselves that stretched 17 hours over two days. The committee considered five Republican amendments and Democrats defeated all of them on party-line votes.

After the committee vote, Trump charged Friday that Democrats were "trivializing impeachment."

"It's a scam, it's something that shouldn't be allowed and it's a very bad thing for our country," Trump said.

The White House said in a statement that the President "looks forward to receiving in the Senate the fair treatment and due process which continues to be disgracefully denied to him by the House." Senate Majority Leader Mitch McConnell told Fox News' Sean Hannity on Thursday he would coordinate closely with the White House for the looming impeachment trial.

Democrats slammed McConnell's comments about coordination, accusing him of ignoring his duty as a juror for the trial.

"I think it is outrageous for the chief juror who is organizing the trial to be coordinating with the defendant," said Rep. Pramila Jayapal, a Washington Democrat.

The fundamental divide over impeachment played out over and over again in the cavernous House hearing room where the House Judiciary Committee debated the impeachment articles Wednesday and Thursday, where lawmakers in the two parties mostly talked past each other and urged the other side to change course.

At one point late into the evening Thursday, Rep. Tom McClintock, R-California, complained he hadn't heard anything new from either side in three hours.

After Friday's vote, Democrats are expected to move to hold a floor vote on impeachment next week. The House Rules Committee announced it would meet on Tuesday to set the parameters for floor debate.