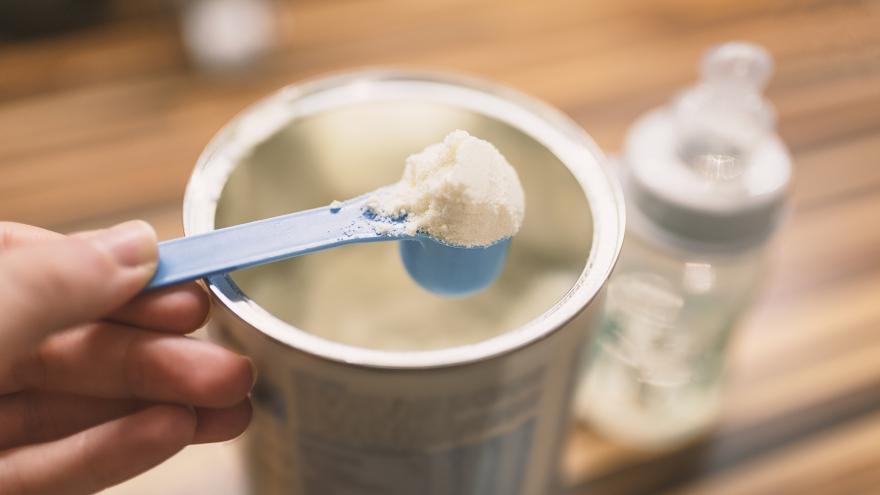 (CNN) -- A federal judge has signed off on a legally binding agreement between the United States Food and Drug Administration and the baby formula manufacturer Abbott Nutrition, the company at the heart of a nationwide formula recall.

The 33-page agreement lays out steps the manufacturer must take to restart production at its manufacturing plant in Sturgis, MI. Once Abbott has completed the to-do list to the FDA's satisfaction, the company says it would take 2 weeks to resume production of baby formula at the facility.

"There are a number of steps to be taken once the plant can restart, including restarting equipment, test runs and multiple tests and checks on ingredients," said Abbott spokesperson Jonathon Hamilton, in an email to CNN.

The agreement requires Abbott to clean and sanitize its facility and all the equipment in it. The manufacturer must also hire an independent third party expert to review its processes. The company is also being asked to review and change its environmental monitoring program, its product sampling and testing plans, and its employee training programs.

After the production lines are running again, Abbott says it would take a minimum of six to eight weeks for new cans of formula to be delivered to stores, the company said in a press release.

The Justice Department said Monday that it had filed the proposed consent decree in federal court.

Abbott said it submitted a corrective action plan the FDA on April 8. But even before this formal response, it had been working on improvements, including reviewing and updating education, training and safety procedures for employees and visitors and updating protocols regarding water, cleaning and maintenance procedures at the facility.

Additionally, Abbott said it immediately took actions to address the items that the FDA raised at the conclusion of its inspection.

"Our number one priority is getting infants and families the high-quality formulas they need, and this is a major step toward re-opening our Sturgis facility so we can ease the nationwide formula shortage. We look forward to working with the FDA to quickly and safely re-open the facility," Abbott Chairman and CEO Robert B. Ford said in a news release. "We know millions of parents and caregivers depend on us and we're deeply sorry that our voluntary recall worsened the nationwide formula shortage. We will work hard to re-earn the trust that moms, dads and caregivers have placed in our formulas for more than 50 years."

During an inspection that spanned multiple dates in January, February and March, FDA investigators found Cronobacter sakazakii bacteria in several areas inside the plant.

Additionally, the FDA's review of company records found that Abbott had detected Cronobacter bacteria in finished formula batches produced in 2019 and 2020.

In the end, however, testing by the FDA and the US Centers for Disease Control and Prevention found that the genetic sequences of the Cronobacter samples from inside the plant did not match any of the bacteria isolated from the sick children or the formula inside their homes, so there was no link found to the Sturgis facility.

Genetic samples from sick babies also did not match each other, suggesting that there was no link between their cases, Abbott said in its news release. Cronobacter bacteria is commonly found in the environment.

"Our safety and quality processes meet even the toughest scrutiny and we're committed to continuously improving our processes and protocols," Ford said. "Nutrition is fundamental to Abbott and to our goal of improving the lives of more than 3 billion people by decade's end. We intend to set the standard for the industry, raising the bar on both safety and quality."