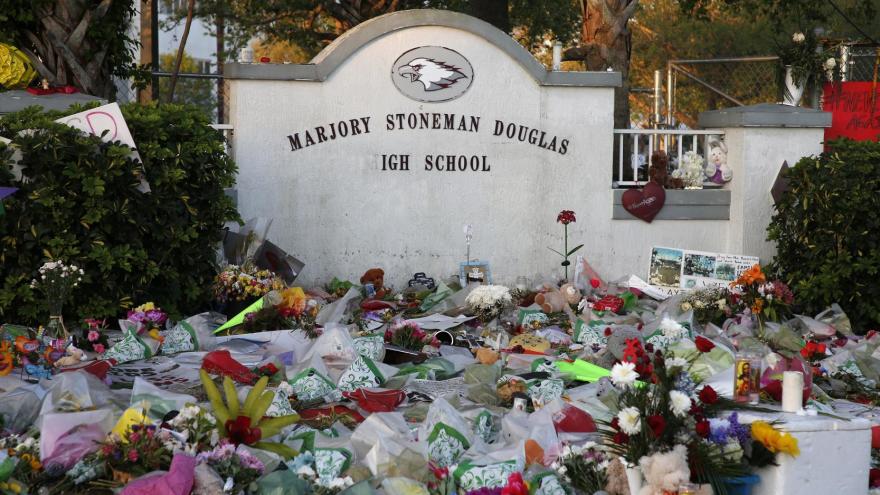 A federal judge has dismissed a lawsuit brought by 15 survivors of this year's shooting massacre at Florida's Marjory Stoneman Douglas High School, rejecting their argument that authorities' failure to prevent the shooting violated their 14th Amendment rights to due process.

(CNN) -- A federal judge has dismissed a lawsuit brought by 15 survivors of this year's shooting massacre at Florida's Marjory Stoneman Douglas High School, rejecting their argument that authorities' failure to prevent the shooting violated their 14th Amendment rights to due process.

The students had sued Broward County, the sheriff, the school superintendent and a school resource officer last summer in connection with the February shooting in Parkland, alleging they failed to protect them.

Authorities say Nikolas Cruz killed 17 people -- students and teachers -- at his former school on Valentine's Day in one of the deadliest mass shootings in recent US history. Cruz confessed to being the gunman, according to court documents.

In a ruling last week, US District Judge Beth Bloom wrote that the school and sheriff's department had no duty under the 14th Amendment itself to protect students from Cruz, contrary to what the lawsuit contended.

The amendment says, in part, that the state cannot deprive any person of life, liberty or property without due process of law. Bloom, citing case law, wrote that the amendment generally protects people from actions by the state, rather than requiring the state protect them from third parties.

Her ruling acknowledges the state has a 14th Amendment duty to protect people in its custody, such as prisoners. But courts have rejected the notion that students are in custody in this way, even with laws compelling attendance, she wrote.

"... For such a duty to exist on the part of defendants, plaintiffs would have to be considered to be in custody."

Cruz, 20, is awaiting trial on 17 counts of premeditated murder and 17 counts of attempted murder. Prosecutors have said they plan to seek the death penalty.

A judge entered a plea of not guilty on Cruz's behalf during a March arraignment.

In a draft report made public last week, a commission tasked with investigating the shooting highlighted what it said were failures and missteps by school and law enforcement officials.

The Marjory Stoneman Douglas High School Public Safety Commission's report is to be submitted to Florida's governor and state legislature on January 1.