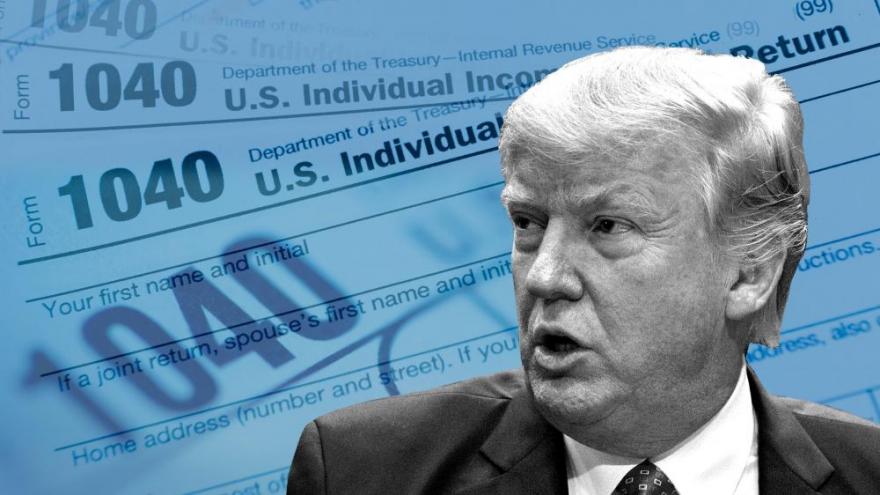 A federal judge on Thursday denied an attempt by House Democrats to fast-track its attempt to force the Treasury Department and IRS to release President Donald Trump's tax returns.

(CNN) -- A federal judge on Thursday denied an attempt by House Democrats to fast-track its attempt to force the Treasury Department and IRS to release President Donald Trump's tax returns.

The ruling from Judge Trevor McFadden in Washington, DC, does not stop the lawsuit by the Democratic-led House Ways and Means Committee, which continues to move ahead with filings due in September. Democrats are also trying other ways to obtain the documents and are pursuing them through the courts while Trump is trying to stop them with judges' interventions.

The judge's order Thursday is a minor setback for the House in one of the several ongoing court cases regarding Trump's financial documents, some of which may not be resolved before the 2020 election.

The committee initially sued to enforce their subpoena in early July. That was months after the committee made its initial request for the details.

"The Committee's request comes seven weeks after it first filed the Complaint. The Court does not fault the Committee for its time and efforts negotiating with the Administration before suing, but it is not clear why only now the Committee asks for expedited consideration of this matter," McFadden wrote Thursday.

"It may be appropriate to expedite this matter at some point, but not now," he added.

House Ways and Means Chairman Richard Neal is seeking the President's tax returns using a little-known IRS provision known as 6103, which allows the chairmen of the House Ways and Means Committee and the Senate Finance Committee to request and obtain an individual's tax information for a legitimate legislative purpose.