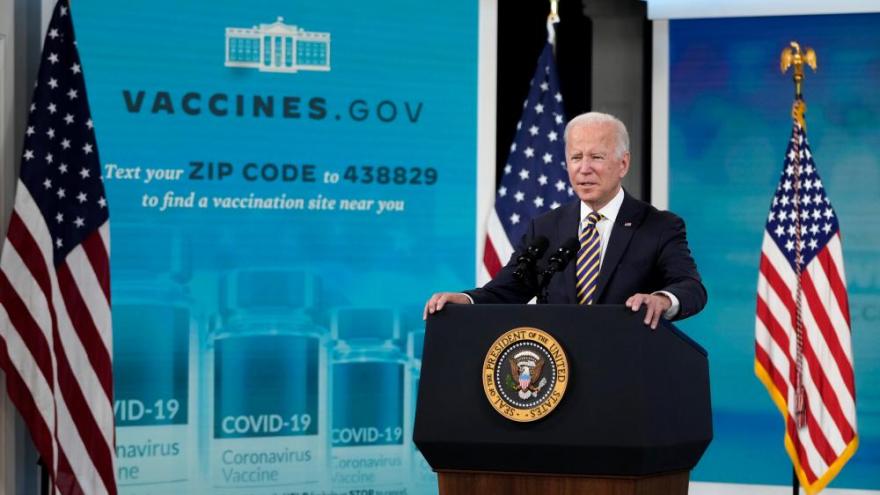 Judge Jeffrey Vincent Brown called the mandate an overstep of presidential authority and cited the recent Supreme Court decision to strike down a separate administration mandate that had applied to private sector workers.

The Justice Department immediately appealed the decision to a circuit court.

The federal worker mandate, which applied to some 3.5 million workers, required full vaccination by the end of November, although the administration said it would first counsel employees who resisted vaccination rather than discipline or fire them. On December 9, the Office of Management and Budget said that the federal workforce was 97.2% compliant with the mandate -- a figure that includes people who had a pending or approved exemption.

A Nevada-based group called Feds for Medical Freedom filed the lawsuit in December. The group says they include 6,000 members who are employees or contractors for "nearly every federal agency."

In his ruling, Brown, an appointee of former President Donald Trump, said he encourages people to get the coronavirus vaccine.

"The court notes at the outset that this case is not about whether folks should get vaccinated against COVID-19 -- the court believes they should," Brown wrote.

"It is not even about the federal government's power, exercised properly, to mandate vaccination of its employees," he added. "It is instead about whether the President can, with the stroke of a pen and without the input of Congress, require millions of federal employees to undergo a medical procedure as a condition of their employment. That, under the current state of the law as just recently expressed by the Supreme Court, is a bridge too far."

At a briefing Friday, White House press secretary Jen Psaki said the White House was confident in its legal authority.