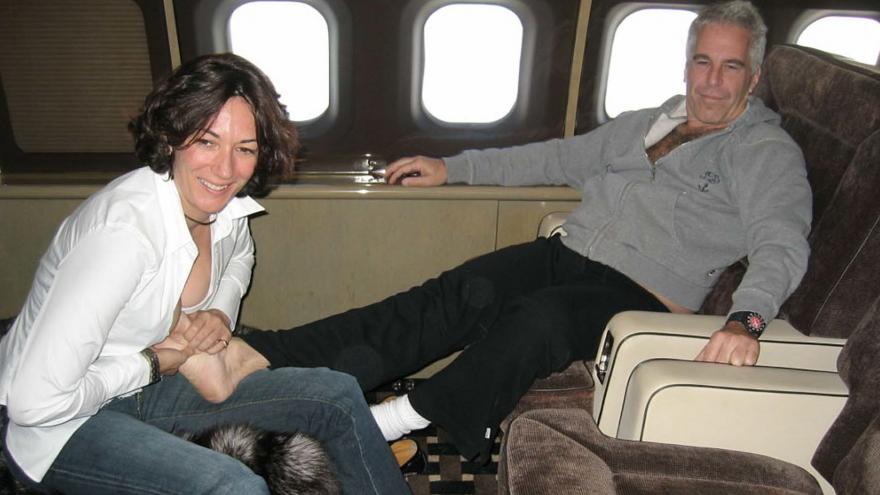 (CNN) -- Jurors in Ghislaine Maxwell's federal sex trafficking trial resumed deliberations in New York on Tuesday even as the judge overseeing the case expressed her concern that Covid-19 could upend deliberations.

Judge Alison Nathan told the jury on Monday evening to plan to stay until at least 6 p.m. going forward, an hour later than their usual time of departure. She expressed further concern on Tuesday morning, citing the spread of the Omicron variant in New York City.

"We are very simply at a different place regarding the pandemic than we were only one week ago and we now face a high and escalating risk that jurors and/or trial participants may need to quarantine, thus disrupting trial (and) putting at risk our ability to complete this trial," she said. "Accordingly, extending deliberations by an hour gives the jury more time each day to continue to engage in its thoughtful deliberations."

The judge said she'd revisit the issue later in the day if necessary, suggesting further scheduling changes could come if the jury doesn't reach a verdict soon.

"In light of the variant, my concern about interruption of trial given the increasing daily risk of exposure to either a juror or a trial participant requiring quarantine, it is time to think to have the jurors make plans to deliberate until a verdict is reached," Nathan said.

Jurors deliberated for about an hour last Monday, all of Tuesday and Wednesday, and then returned after Christmas to deliberate on Monday. In that time, they asked the court to provide the transcripts of testimony from "Jane," "Kate," Carolyn and Annie Farmer -- the four women whose claims form the core of the case against Maxwell.

The jury has also requested transcripts of testimony from four other witnesses: Juan Alessi, Maxwell's house manager; "Matt," Jane's former boyfriend; Gregory Parkinson, the former Palm Beach Police crime scene manager who was present at the 2005 search of Epstein's house in Palm Beach, Florida; and David Rogers, a pilot for Epstein and Maxwell.

On Monday morning, the jury asked for a definition of "enticement," which is part of two of the charges. The judge wrote that the word meant to "attract, induce or lure using hope or desire."

And during its afternoon deliberations the jury sent a question to the judge about one of the charges. After a debate on how to respond, Judge Alison Nathan ultimately referred the jury back to the jury charge instructions, saying to the parties in court she didn't know the meaning of the question and it was "too difficult to parse factually and legally what they're asking."

The deliberations cap a three-week trial highlighted by testimony from the four women, who said Maxwell recruited and groomed them to be sexually abused by Epstein and sometimes participated in that abuse. The abuse allegedly began when they were younger than 18, and their accusations stretched from 1994 to 2004.

The prosecution called 24 witnesses over 10 days of testimony. Their case rested primarily on four women with personal stories of her role facilitating Epstein's abuse.

Jane, testifying under a pseudonym, said Maxwell organized sexual massages with Epstein and sometimes joined in the abuse. The charges of enticing and transporting relate to testimony solely from her.

Kate testified Maxwell invited her over and directed her how to give Epstein a sexual massage. She said Maxwell spoke often of sexual topics with her and asked Kate to invite other young girls for Epstein's sexual desires.

Farmer, the only accuser to testify by her full name, testified that she was 16 when Maxwell massaged her naked chest at Epstein's New Mexico ranch in 1996.

The defense called nine witnesses over two days of testimony. Their case focused on lengthy cross-examinations of the four accusers, attacking their motivations and memories of the alleged incidents. Maxwell declined to testify in her own defense.