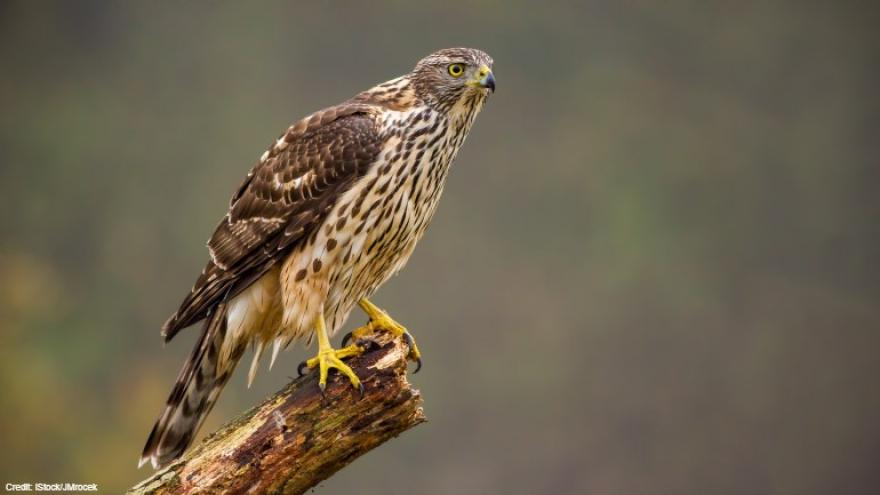 MADISON, Wis. (AP) -- A federal judge has fined a Wisconsin falconer and ordered him to forfeit his pickup truck for poaching a raptor.

According to prosecutors and court documents, James Kitzman of Oak Creek took a female northern goshawk from its nest in Vilas County in 2017 and traded it for a Finnish goshawk from Michigan falconer Edward Taylor.

U.S. Magistrate Judge Stephen Crocker on Monday fined Kitzman $15,000, ordered him to forfeit to the government the truck he used to transport the northern goshawk and barred him from the sport of falconry for three years.

MADISON, Wis. (AP) — A federal judge has fined a Michigan man for poaching a raptor from northern Wisconsin.

U.S. Magistrate Judge Stephen Crocker on Tuesday ordered Edward Taylor of Fruitport, Michigan, to pay $10,000 on for swapping a Finnish goshawk for a northern goshawk that his co-conspirator, James Kitzman, stole from a nest on state land in Wisconsin's Vilas County in May 2017.

According to prosecutors the men covered up the transport of the northern goshawk from Wisconsin to Michigan in violation of the Migratory Bird Treaty Act.

Kitzman's sentencing is set for March 2 in Madison.