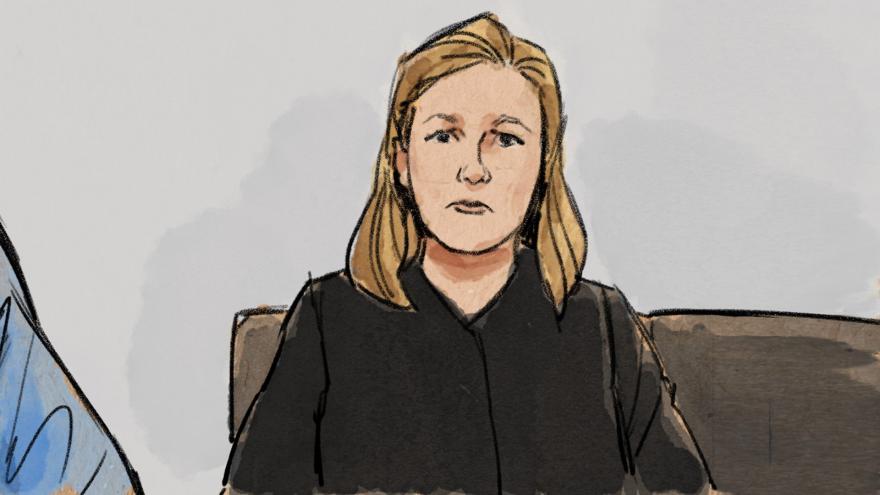 (CNN) -- A Minnesota judge ruled Monday that there is probable cause to support the case against Kim Potter, the former Brooklyn Center, Minnesota, police officer who fatally shot Daunte Wright during a traffic stop in April.

Potter is charged with second-degree manslaughter for the killing, during which she claimed she mistook her gun for a Taser. Potter, 48, had been with the Brooklyn Center Police Department for 26 years until her resignation two days after the killing, according to the Minnesota Bureau of Criminal Apprehension.

During a court hearing held through Zoom, Judge Regina M. Chu said that expediting the case and coming to a resolution or trial as quickly as possible is to the "benefit of everyone." Chu mentioned December 6 as being a potential date for the start of the trial, although the date was not officially set.

Potter appeared remotely from the office of her attorney Earl Gray. When the judge announced the potential trial date of December 6, Potter began blinking her eyes. She also was noticeably breathing heavy.

The fatal police shooting came in the midst of the murder trial of former Minneapolis police officer Derek Chauvin and set off several days of protests in the Minneapolis suburb. The manslaughter charge accuses Potter of killing Wright by her "culpable negligence." If convicted, the crime is punishable by up to 10 years in prison.

Before the pre-trial hearing started on Monday, Judge Chu recognized attendees present in the court, which was open to the public.

"I first want to acknowledge the attendance of the family and friends of Daunte Wright and extend my condolences," Chu said.

Potter and Gray were not wearing masks, but they were socially distanced, with Potter sitting behind a table. Both were on camera for the entire hearing. Potter only spoke once on camera to say "yes, your honor," when responding to Judge Chu, who asked her to acknowledge there was no issue with holding the hearing on Zoom.

The hearing lasted about 14 minutes, including a delay whilewaiting for Ali to correct audio issues.

At Potter's initial court appearance, the judge said bail was set at $100,000 and Potter must remain law-abiding and make all her future court appearances. She has been out on bail since April.

The judge also said that Minnesota statute says she cannot use or transport firearms or explosives for the duration of her case.