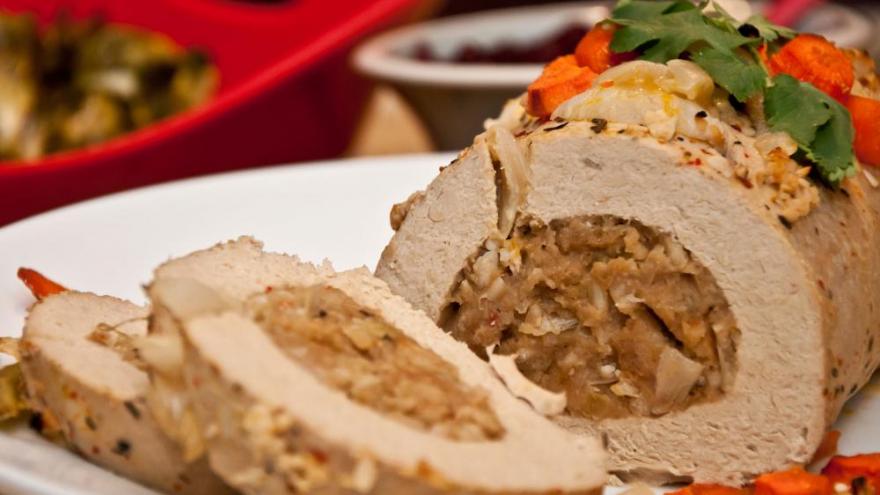 Veggie burgers are safe for now after a federal judge temporarily blocked Arkansas legislation banning the use of meat-related terminology to describe meatless products.

(CNN) -- Veggie burgers are safe for now after a federal judge temporarily blocked Arkansas legislation banning the use of meat-related terminology to describe meatless products.

The state's "truth in labeling" bill made it the latest in a string of states to pass laws controlling how meat-substitutes are marketed. The bill's authors say it's an effort to "protect consumers from being misled or confused."

But a lawsuit brought by the ACLU and veggie-meat maker Tofurkey argues that the measure violates the First Amendment as well as other parts of the Constitution.

Judge Kristine Baker's Wednesday ruling blocks the law from being enforced while the lawsuit is being argued.

"The State appears to believe that the simple use of the word 'burger,' 'ham,' or 'sausage' leaves the typical consumer confused," Baker wrote in the ruling.

"That assumption is unwarranted," she added.

According to the bill, plant-based "meats" such as those made from soy, tempeh, wheat or lab-cultured ingredients are not classified as meat. Companies found to misrepresent a vegetarian item as a meat product could be fined $1,000 per violation.

Meat substitutes have had a major popularity boost, and as animal agriculture industries have been shaken, lobbyists and lawmakers have advocates for federal restrictions.

"Legislatures that have passed or are considering similarly absurd laws in their states should take note of this ruling and correct course now," Hauss added.

Missouri became the first state to legislate "meat" marketing in 2018.