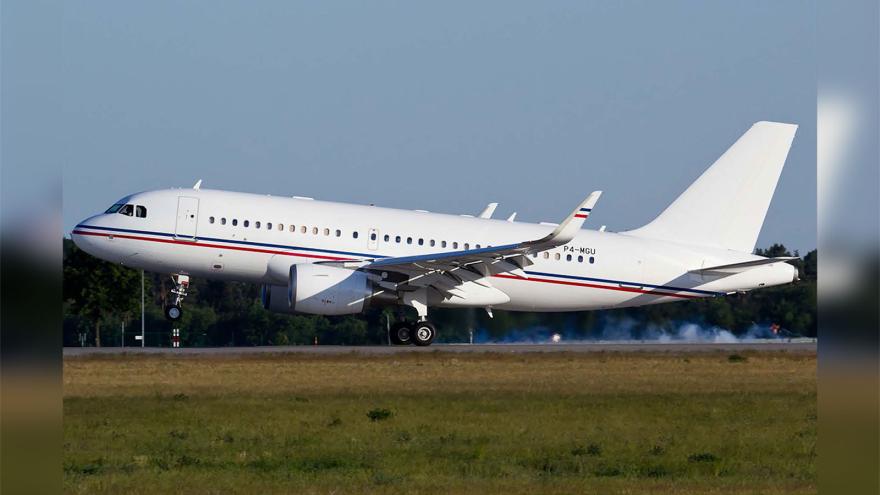 (CNN) -- US authorities have obtained a warrant to seize a Russian oligarch's private plane, valued at over $90 million, for violating US sanctions for Russia's invasion of Ukraine.

The Airbus A319-100 aircraft, authorities say, is owned by Andrei Skoch, a member of Russia's State Duma and a billionaire who made his fortune through a stake in a conglomerate in the metals and mining industry. Skoch has been on the US sanctions list since 2018 for Russia's invasion of Crimea, the eastern region of Ukraine. The plane is believed to be in Kazakhstan, authorities said.

Skoch is the latest Russian oligarch to have one of his luxury assets in the sights of US authorities, who launched a campaign to seize valuable property of those close to the Kremlin in hope of pressuring an end to the war.

In June, US authorities announced a judge approved a warrant for the seizure of two of Roman Abramovich's private planes, valued at more than $400 million. In May, the US took possession of a $300 million super yacht called the Amadea, which is owned by Suleiman Kerimov. And in April, authorities seized at a port in Spain the $90 million yacht Tango belonging to Viktor Vekselberg, a billionaire with close ties to Russian President Vladimir Putin.

On Monday, a federal judge authorized a seizure warrant from a special agent with the US Department of Commerce, Bureau of Industry and Security, which traced the plane to Skoch through a series of shell companies allegedly intended to shield his ownership.

Authorities allege Skoch violated US sanctions by using US dollars to pay the plane's registration fees to Aruban authorities and pay insurance premiums on the Airbus that passed through US financial institutions. The $113,180 in registration payments and $284,459 in insurance premiums passed through the US banking system without a license to allow payment on sanctioned entities.

The seizure warrant notes that, in addition to the plane, Skoch owns a yacht named the Madame Gu, a helicopter, and a villa at the Four Seasons Hotel in the Seychelles. Those assets are not authorized for seizure. Authorities need to demonstrate that sanctions were violated, such as by money transferring through the US banking system, to seize property.

Prosecutors have creatively used insurance premiums and registration payments to identify assets for seizure since most yachts and planes can't operate unless they are insured. Since the US, UK and the European Union announced broad sanctions against Russian elites, several insurance companies stopped doing business with sanctioned individuals.