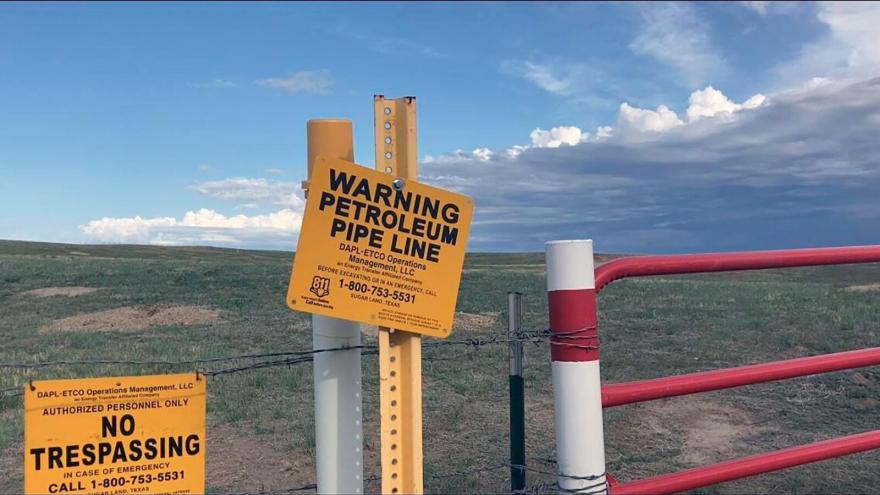 (CNN) -- A federal judge on Friday allowed the controversial Dakota Access Pipeline to continue operating, concluding he did not have the authority to side with a tribal request to shut it down while the Biden administration works on an environmental review.

Judge James Boasberg placed the blame squarely on the Army Corps of Engineers for the "surprising state of affairs" that has allowed "the continued flow of oil through a pipeline that lacks the necessary federal authorization to cross a key waterway of agricultural, industrial and religious importance to several Indian Tribes."

The Standing Rock Sioux tribe says the 1,200-mile pipeline endangers the Missouri River. The pipeline began flowing in 2017 and carries oil through the Dakotas, Iowa and Illinois.

Boasberg had previously ordered the pipeline emptied of oil, but his decision was overturned following an appeal from the Trump administration and the pipeline operator.

In the Friday ruling, Boasberg said that while the appeals court ruling upheld the finding that the pipeline is currently an "unlawful encroachment on federal land," the ability to act rests largely with the Corps, rather than the courts.

"[J]udges may travel only as far as the law takes them and no further," he wrote.

He said the government has "conspicuously declined to adopt a conclusive position regarding the pipeline's continued operation, despite repeated prodding from this Court and the Court of Appeals to do so."

The Corps has estimated the completion date for its environmental review is March 2022.