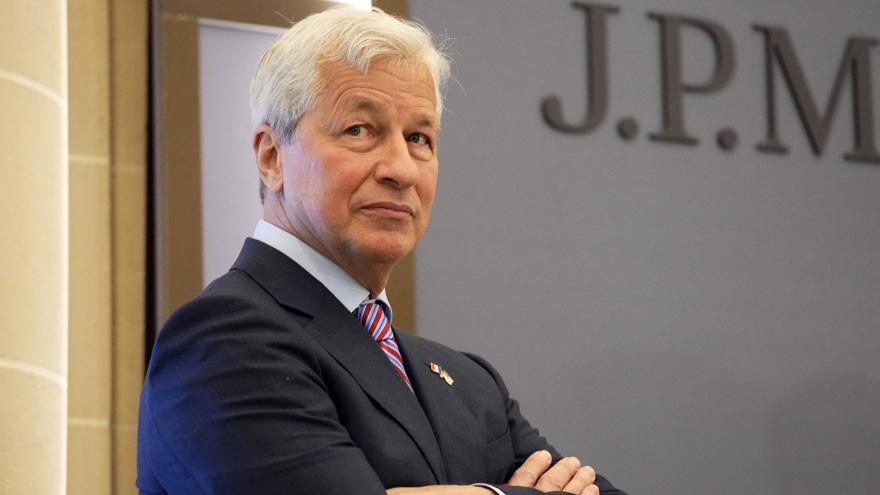 (CNN) -- JPMorgan Chase is minting money as the US economy races back from the pandemic.

America's largest bank said Tuesday it hauled in $11.9 billion in profit during the second quarter, up 155% from the same period of 2020.

JPMorgan's bottom-line growth was driven in part by $3 billion of net reserve releases that underscore the bank's confidence in the economic recovery.

CEO Jamie Dimon said in a statement consumer and corporate balance sheets remain "exceptionally strong as the economic outlook continues to improve." He pointed to a sharp decline in bad loans as evidence of the "increasingly healthy condition of our customers and clients."

"We are encouraged by the continued progress against the virus and the economic recovery that is underway, especially the United States," Jeremy Barnum, JPMorgan's chief financial officer, told reporters during a conference call.

Barnum acknowledged, however, that there is "elevated uncertainty" about the evolution of the pandemic and the Delta variant is one element of that uncertainty.

Another risk to the recovery is surging inflation. Consumer prices surged in June at the fastest annual rate since 2008. Prices for used cars, airfare and appliances like washing machines skyrocketed.

Dimon is not so sure that prices will cool off as quickly as the Federal Reserve expects.

"Inflation could be worse than people think. I think it'll be a little bit worse than what the Fed thinks. I don't think it's only temporary," Dimon said during a conference call with analysts.

Inflation is being driven up in part by surging demand as consumers spend aggressively. JPMorgan said combined debit and credit card spending surged 45% in the second quarter from a year earlier. Spending is now 22% above 2019 levels.

Dimon pointed to "accelerating growth" across all categories, including travel and entertainment, which surpassed 2019 levels by 13%.

"Travel and entertainment has really turned a corner," Barnum said.

The bank's consumer deposits soared by 25% from a year earlier. Investment assets were up 36%, lifted by record stock prices and people adding more cash to portfolios.

Yet JPMorgan continues to haul in fat fees from advising on M&A and IPO deals: Global investment banking revenue jumped 37% to $1.2 billion.