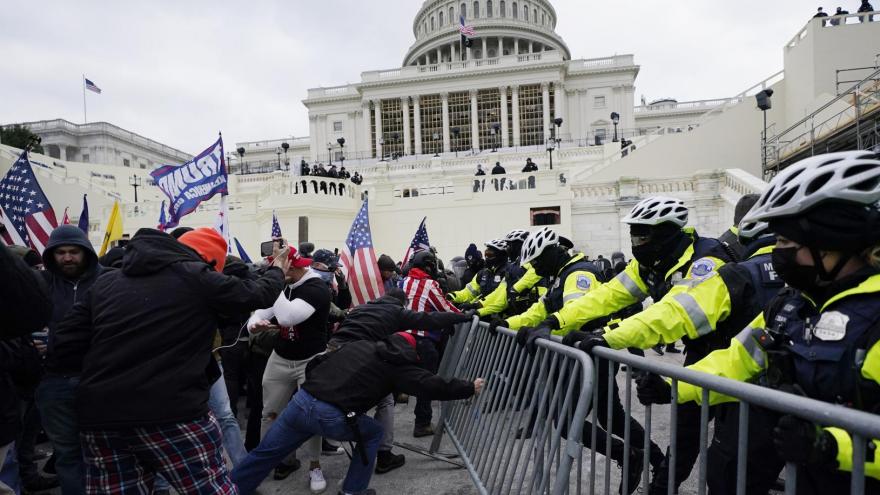 NEW YORK (AP) — Journalists, particularly photographers, are telling stories about being manhandled and threatened by supporters of President Donald Trump while covering the attack on the U.S. Capitol on Wednesday.

Video emerged on social media of an Associated Press photographer being violently shoved around by demonstrators outside of the Capitol, only being led away after convincing someone in the crowd that he wasn't affiliated by the left-wing Antifa group.

The National Press Photographers Association called on authorities to investigate and prosecute those involved in attacking journalists.

In one image, the words "Murder the Media" were left scrawled on an indoor doorway at the Capitol.