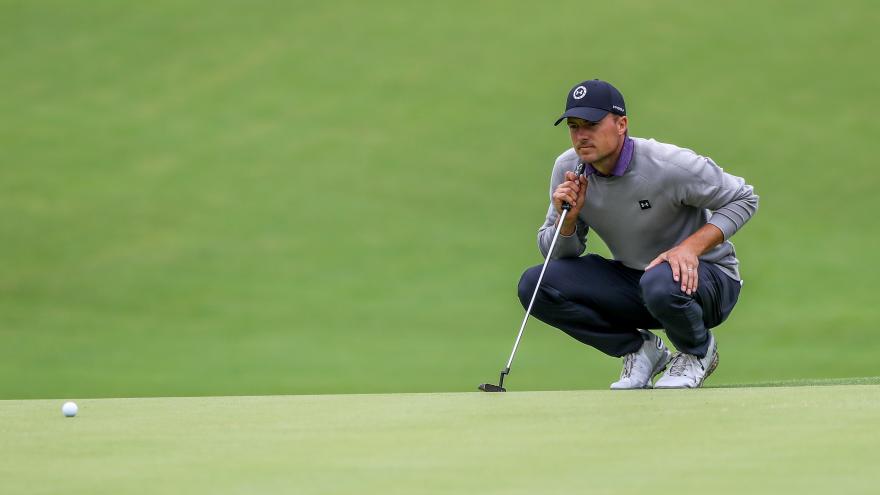 (CNN) -- Jordan Spieth is not afraid of the spectacular.

And on Saturday, he added another shot to his long repertoire of unique and resourceful shots.

In what has been a relatively unforgettable few days at the 2022 PGA Championship in Tulsa, Oklahoma, the three-time produced a moment of magic during the third round.

After his drive on the par-4 12th hole drifted left and into the rough under some trees, Spieth needed to dig his ball out in tricky conditions with the green 120 yards away.

With trees overhanging the position, the option he chose was to punch the ball out in an attempt to salvage something from the hole.

What happened next was something no one expected.

His connection with the ball wasn't what he hoped, and the ball flew toward the water between him and the green.

But, to everyone's surprise, Spieth's ball bounced off the water and back into the field of play.

Despite this extraordinary moment of skill or luck, he was unfortunately unable to avoid a bogey, something which was a common theme at the PGA Championship for Spieth.

The 28-year-old finished four-over for the major following a four-over par 74 in his final round on Sunday.