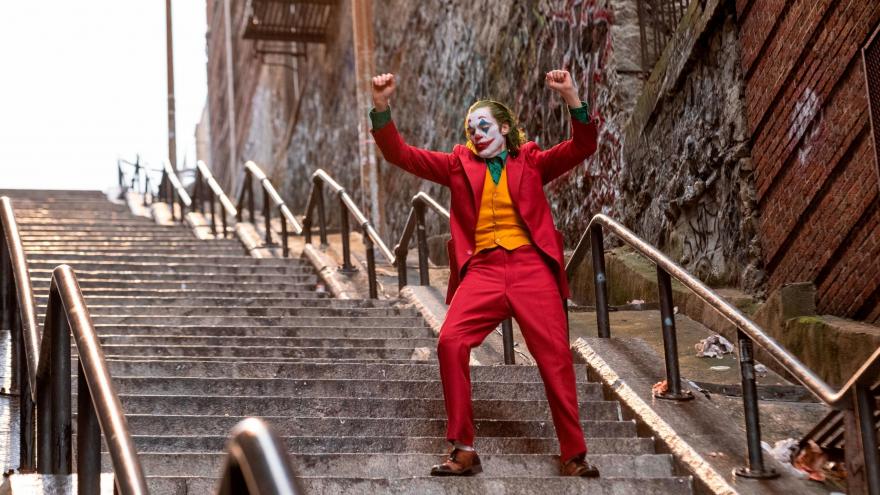 (CNN) -- "Joker," the gritty comic book film about the origins of the crazed Batman villain, has become the highest-grossing R-rated film of all time.

The film, which stars Joaquin Phoenix as a troubled man who turns into a killer clown, has made roughly $788 million at the worldwide box office, Warner Bros. confirmed on Friday. That is enough to eclipse the record set by "Deadpool," which made $783 million globally when it came out in 2016.

Ryan Reynolds, the star of "Deadpool," offered his congratulations on social media Friday.

"R-Rated box office congratulatory posts aren't like the ones you're used to," Reynolds tweeted with a photo of Phoenix's Joker dancing above names of characters from other successful R-rated films like "It" and "Ted."

"Joker" shattered box office records when it opened earlier this month to $96 million in North America. The film was able to find an audience despite putting critics and authorities on edge over its depiction of violence.

The film from Warner Bros., which like CNN is owned by WarnerMedia, could continue to build momentum as Hollywood heads further into awards season. The film won the Venice Film Festival's top prize and critics have raved about Phoenix's performance, which has led to Oscar talk.

"It would be really surprising if the Academy ignores Phoenix's performance," Shawn Robbins, chief analyst at Boxoffice.com, told CNN Business. "Even though the film had a lot of divisive talk around it, one thing everyone seemingly agreed on was that Phoenix put in Oscar-caliber work."