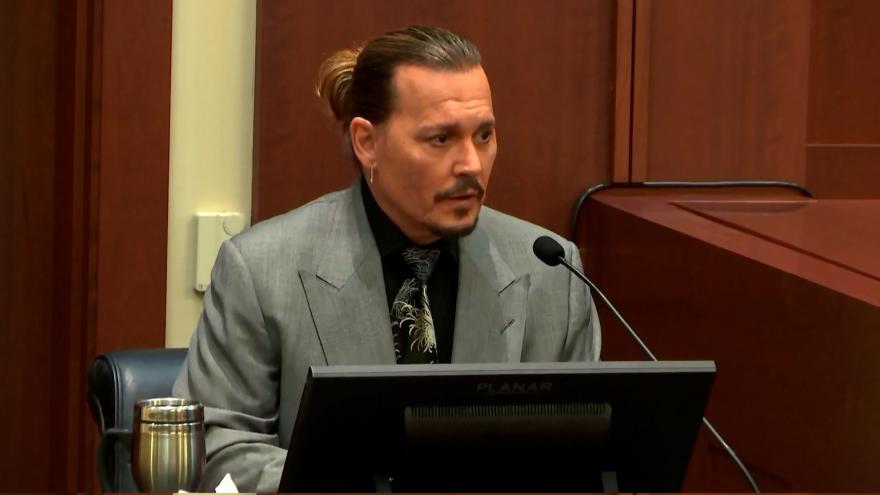 (CNN) -- Actor Johnny Depp has resumed his testimony in a Fairfax, Virginia court in his defamation case against his ex-wife Amber Heard.

Depp discussed the changing nature of his relationship with Heard in his early testimony on Wednesday. He accused Heard of name calling and making demeaning comments about him at times in their relationship that would escalate to arguments.

In his roughly three-hour testimony on Tuesday, the Oscar-nominated star spoke in detail about Heard's allegations of domestic abuse, his history with substance abuse and his experiences growing up with an abusive mother.

Depp, known for his work in the "Pirates of the Caribbean" franchise, is suing Heard for $50 million over a 2018 Washington Post op-ed in which she wrote about her experience with domestic abuse. She did not name Depp in the piece, but he claims it cost him lucrative film work.

Depp has maintained his innocence and testified Tuesday that while he and Heard had arguments during their relationship, he has never "struck a woman."

Depp and Amber met on the set of "The Rum Diary" in 2009, married in 2015 and went to a contentious split, with charges of bad behavior levied by both sides.

The couple settled their divorce in August 2016, releasing a joint statement which read in part, "Our relationship was intensely passionate and at times volatile, but always bound by love."

Heard had been unsuccessful in her attempts to get the suit dismissed. She filed a $100 million defamation countersuit against Depp in 2020, which is ongoing.