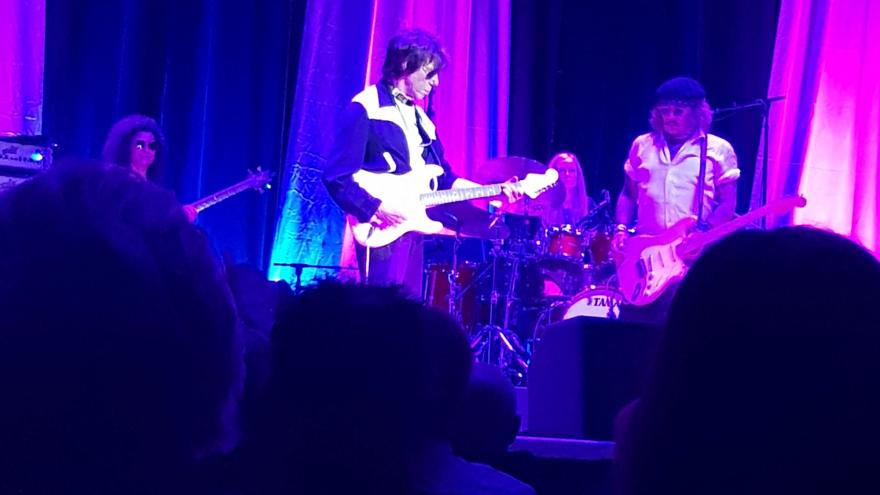 (CNN) -- Johnny Depp's defamation trial may be winding down, but he stayed in the spotlight this weekend.

The actor and musician played guitar with his longtime friend Jeff Beck at a concert at Sheffield City Hall in in Sheffield, England.

"Well...what a surprise we got last night when Johnny Depp joined ⁦@jeffbeckmusic⁩ on stage," read a tweet from the venue, which included video of the pair performing together. "Wishing @jeffbeckmusic⁩ good luck for the rest of his amazing tour and a big thank you to Johnny Depp for joining us!"

Depp is no stranger to music. He, along with musicians Alice Cooper and Joe Perry, formed the super group Hollywood Vampires in 2012.

The jury in his defamation trial with his ex-wife Amber Heard began deliberations on Friday.

Depp sued Heard over a 2018 op-ed for the Washington Post in which she described herself as a "public figure representing domestic abuse." Though Depp was not named in the article, he claims it affected his reputation and lost him work.

Heard has filed a counterclaim for $100 million.