John Witherspoon, comedian and actor who starred in 'Friday,' has died at 77 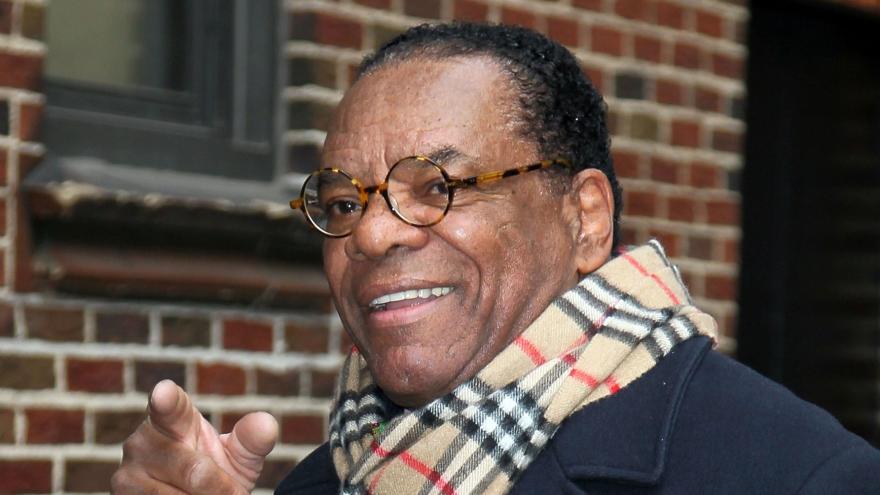 (CNN) -- Actor and comedian John Witherspoon, whose hilarious takes on father-figure characters made for iconic scenes in a number of movies and television shows including "Friday," died at his home Tuesday, a family spokesperson told CNN.

"It is with deepest sorrow that we can confirm our beloved husband and father, John Witherspoon, one of the hardest working men in show business, died today at his home in Sherman Oaks at the age of 77," his family said in a statement.

Witherspoon is survived by his wife, two sons and "a large family," the statement said.

"We are all in shock, please give us a minute for a moment in privacy and we will celebrate his life and his work together. John used to say 'I'm no big deal,' but he was huge deal to us."

Born in Detroit, Michigan, Witherspoon kicked off his career as a stand-up comedian and made his television debut in the 1970s, appearing in shows including the detective series "Barnaby Jones."

He was, arguably, best known for playing Ice Cube's dad in the "Friday," film series. The 1995 comedy and its sequels, "Next Friday" and "Friday After Next," chronicle the trials of a man as he tries to make it through the day.

"I'm devastated over the passing of John Witherspoon," Ice Cube wrote on Twitter. "Life won't be as funny without him."

Witherspoon also played dad, John "Pops" Williams, to the title characters on the sitcom "The Wayans Bros." and he was "Spoon" on NBC's "The Tracy Morgan Show." The actor also had roles in the movies "Boomerang" and "Vampire in Brooklyn," both of which starred Eddie Murphy.

"I'm sad. Broken. Hurt... yet extremely grateful to God that I got to spend 5 years of my life working with one of the funniest sweetest wisest humblest loving men," Marlon Wayans wrote on Instagram, as a tribute to his TV dad. "Thank you God for the many many many laughs that we shared on and off the set."

"My dad, my grandpa, my comedic inspiration," actress Regina King wrote on Twitter Tuesday night. "I love you Spoons! Rest In Paradise, King."

The two worked together on "Friday" and the animated show "The Boondocks," which aired from 2005 through 2014 and offered a satirical take on African American culture and politics.

Witherspoon voiced "granddad," one of the foul-mouthed Freemans in the show.

He had recently hinted on the "Joe Rogan Experience" podcast that he might return to the role after Sony Pictures Animation announced plans to bring the series back.

"I'm so sorry to hear this," she said. "To me, Spoon was a friend, a brother, a funny, talented comedian and a good man."