John McKissick, the winningest football coach in America, dies at 95 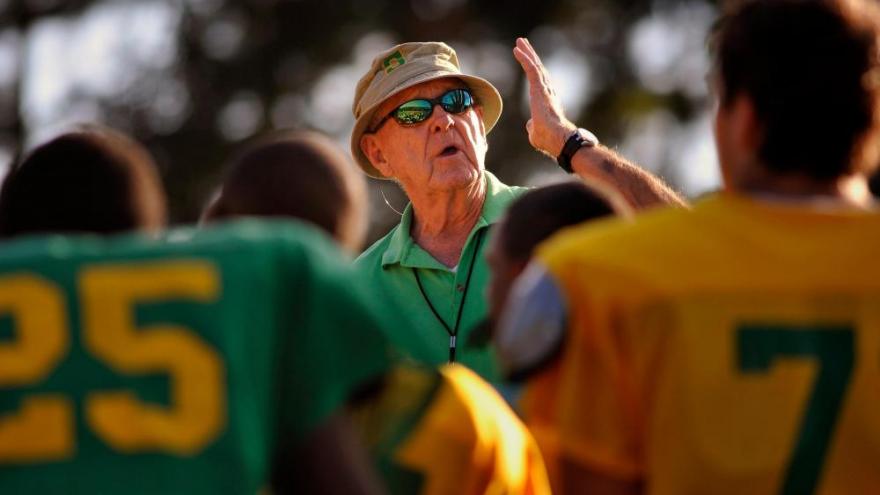 John McKissick coached football at Summerville High from 1952 to 2014.

With a record of 621-155-13 as the football coach at Summerville, McKissick is the winningest coach at any level of the sport.

He was in hospice care at home with his wife and daughter.

McKissick was head coach at Summerville from 1952 to 2014 before retiring in 2015. He won 10 South Carolina state championships with the school, with his last title coming in 1998.

"I had the opportunity to both play for and coach football with Coach McKissick," Summerville High athletic director Brion Rutherford told CNN. "Our prayers are with his family right now.

"Coach set a standard of excellence that was built around hard work, teamwork, and pride in school and community. Coach McKissick will be missed by our community; it's up to all of us to continue the legacy he set for Summerville High School and the Summerville community."

In his 63 seasons at Summerville, McKissick won a share of the region championship 37 times, according to CNN affiliate WCSC.

His teams went undefeated five times, and he only experienced two losing seasons during his entire 63-year tenure.