John Lewis' posthumous graphic novel 'Run: Book One' to be released this summer 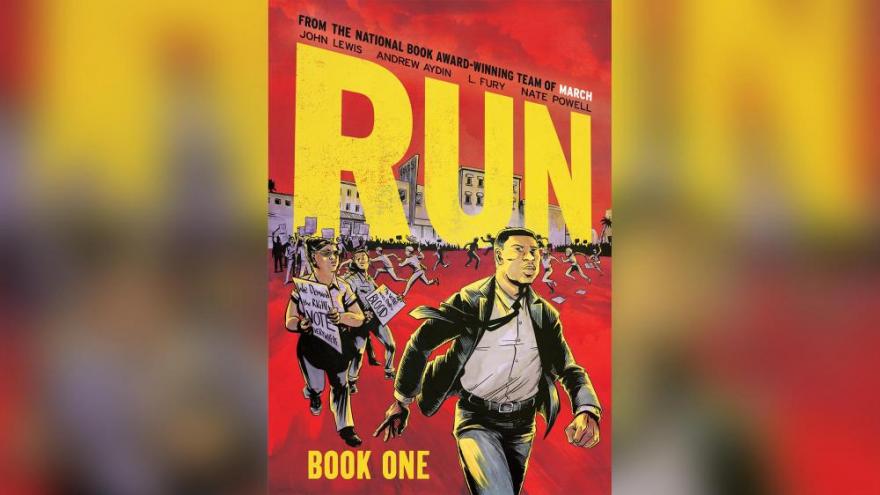 (CNN) -- Late civil rights leader Rep. John Lewis' posthumous graphic novel, "Run: Book One," is set to be released this summer, as the fight for voting rights intensifies in Lewis' own state of Georgia and efforts are under way to restrict voter access in more than 40 states.

The novel is a sequel to Lewis' graphic novel memoir, "March," and chronicles the period following the passage of the Voting Rights Act in 1965, an "often overlooked chapter of civil rights history," according to the book's publisher, Abrams ComicArts.

The novel begins "with John Lewis and his colleagues facing another arrest as the Ku Klux Klan prepares their largest hooded march in years," per a release from Abrams.

"Lewis recounts the highs and lows of a movement fighting to harness their hard-won legal protections to become an electoral force as the Vietnam War consumes the American political landscape—all while the forces of white supremacy gather to mount a decades-long campaign to destroy the dream of the 'Beloved Community' that John Lewis, Dr. King, and so many others worked to build," the release states.

The son of sharecroppers who survived a brutal beating by police during a landmark 1965 march in Selma, Alabama, Lewis became a towering figure of the civil rights movement, championed voter rights and served as a longtime US congressman before his death in July at age 80 following a six-month battle with cancer.

A Democrat who served as the US representative for Georgia's 5th Congressional District for more than three decades, Lewis was widely seen as a moral conscience of Congress because of his decades-long embodiment of nonviolent fight for civil rights.

"In sharing my story, it is my hope that a new generation will be inspired by Run to actively participate in the democratic process and help build a more perfect Union here in America," Lewis said in a statement before his death released by Abrams.

"Run: Book One" is set to be released August 3.

Lewis' message takes on a new significance in light of Georgia's new election law, part of a larger effort by GOP legislators across the country -- including in the battleground states of Michigan and Arizona -- to roll back voting access in the wake of the 2020 election.

The Georgia law, signed by Republican Gov. Brian Kemp last week, imposes new voter identification requirements for absentee ballots, empowers state officials to take over local elections boards, limits the use of ballot drop boxes and makes it a crime to approach voters in line to give them food and water. Voting rights groups have said the law would target Black residents and other voters of color in the state.

The law has faced swift outcry, already facing multiple lawsuits from civil rights groups. Georgia state Rep. Park Cannon was arrested and removed from the Georgia Capitol on Thursday after she refused to stop knocking on the governor's office door as he signed the bill.

"Rather than sowing seeds to provide democracy the greatest chance to grow today and prevail tomorrow, legislators are attempting to transport us back to the shameful period of American history when mass voter suppression for communities of color was the law of the land," they wrote in the letter.