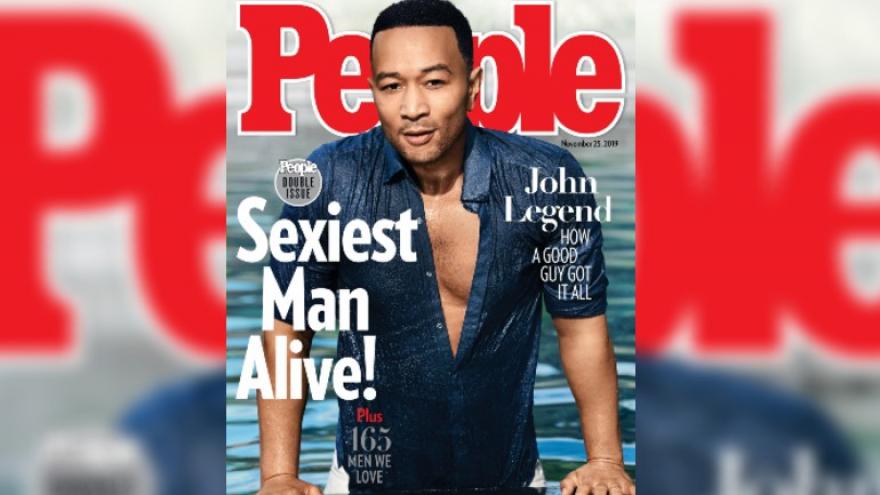 (CNN) -- He's one of the youngest EGOT winners in history. He and his wife are one of Hollywood's iconic couples. And now, John Legend is PEOPLE's 2019 "Sexiest Man Alive."

The magazine announced that the "All of Me" singer would hold the title awarded last year to actor Idris Elba, a comparison he poked fun at.

"1995 John would be very perplexed to be following 2018 @IdrisElba as #sexiestman alive," he said on Twitter. "Hell, 2019 John is about as equally perplexed but thank you @People for finding me sexy. I'll take it."

Last year, Legend became one of the youngest people to win an Emmy, Grammy, Oscar and Tony and the first African-American man to win all four. Only 14 other people have accomplished the feat, including Audrey Hepburn, Mel Brooks and Whoopi Goldberg. He is also well known for his relationship with model Chrissy Teigen.

As could be expected, she had a lot to say about it on her Twitter.

The social(media)ite -- who now calls herself on her Twitter bio a "de-motivational speaker currently sleeping with people's sexiest man alive" -- tweeted in response to the Elba comparison.

Legend, who PEOPLE called on their cover a good guy who got it all, released updated lyrics this week to the 1944 song "Baby it's Cold Outside" to include calling an Uber for the woman insisting she must go.