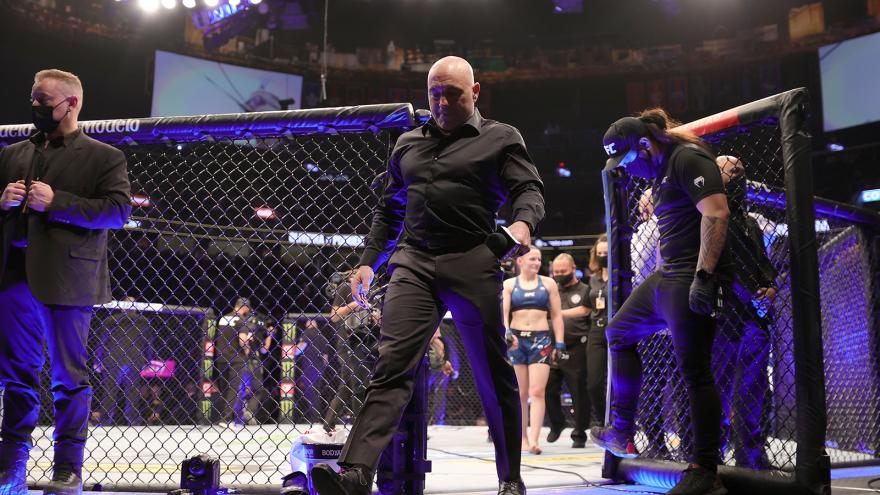 (CNN) -- Joe Rogan has responded to the backlash he's received from Spotify artists surrounding Covid-19 misinformation on his popular podcast.

"I'm not trying to promote misinformation, I'm not trying to be controversial. I've never tried to do anything with this podcast other than just talk to people and have interesting conversations," Rogan said in a 9-minute video posted to Instagram on Sunday.

On Sunday, Spotify said it will add a content advisory to any podcast episode about Covid-19 — and Rogan said he agrees with that move. The advisory will direct listeners to a Covid-19 information hub that will include links to trusted sources, the company said.

"I want to thank Spotify for being so supportive during this time. And I'm very sorry that this is happening to them, and that they're taking so much heat from it," Rogan said.

Spotify will also for the first time publicly post its long-standing Platform Rules. A growing list of musicians and personalities are pressuring Spotify to take action on misinformation after Neil Young and then Joni Mitchell requested that their music be removed from the platform.

In his video, Rogan said he would try to balance controversial guests by having the mainstream perspective on right after them. He also said he will research contentious topics and "have all the pertinent facts at hand."

"I want to show all kinds of opinions so that we can all figure out what's going on and not just about Covid, about everything about health, about fitness, wellness, the state of the world," Rogan said.

Rogan portrayed himself as a figure who is just having interesting conversations, but at the same time he disputed the basic concept of misinformation. He claimed that changes in scientific opinion — for example about the effectiveness of cloth masks or the origins of the virus — have previously been viewed as misinformation and couldhave been banned on social media.

"Many of the things that we thought of as misinformation just a short while ago are now accepted as fact," Rogan claimed.

"The Joe Rogan Experience" is currently the top podcast in the United States and the United Kingdom on Spotify, according to the platform.

Rogan defended two of his most controversial guests — cardiologist Dr. Peter McCullough, who claimed Covid-19 vaccines are "experimental," and virologist Dr. Robert Malone, who has been banned from Twitter for Covid-19 misinformation.

"Both these people are very highly credentialed, very intelligent, very accomplished people. And they have an opinion that's different from the mainstream narrative," Rogan said, adding that he has also hosted CNN's Dr. Sanjay Gupta. "I wanted to hear what their opinion is."

Rogan also said he is "not mad" at Neil Young and that he is a "huge" fan of the musician.