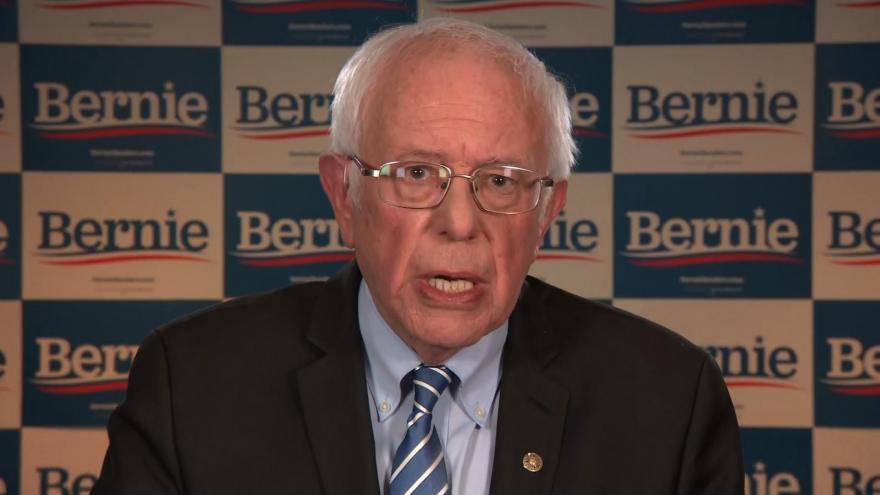 The cancelations in Ohio are the first major political rallies to be called off because of concerns about coronavirus, as presidential campaigns face questions about whether they can keep their candidates on the road and continue to hold indoor events amid warnings from officials about large public gatherings.

"In accordance with guidance from public officials and out of an abundance of caution, our rally in Cleveland, Ohio tonight is canceled. We will continue to consult with public health officials and public health guidance and make announcements about future events," Biden deputy campaign manager Kate Bedingfield said in a statement.

Sanders communications director Mike Casca similarly said in a statement, "Out of concern for public health and safety, we are canceling tonight's rally in Cleveland. We are heeding the public warnings from Ohio state officials, who have communicated concern about holding large, indoor events during the coronavirus outbreak."

"Sen. Sanders would like to express his regret to the thousands of Ohioans who had planned to attend the event tonight," Casca added.

The decisions to cancel comes as campaigns have come under increased pressure to respond to growing concerns about the spread of coronavirus.

A senior aide to Sanders' campaign told CNN once the Sanders team was made aware of that guidance from state officials, they informed the candidate and he was the one that made the decision to cancel the event. According to the aide, the Sanders campaign had received 5,000 RSVPs to the event.

Earlier in the day when visiting a polling location in Dearborn Heights, Michigan, Sanders told reporters, "We take the coronavirus very seriously."

"What we are doing, wherever we go, whenever we do rallies, we consult with public health officials because the last thing in the world we will ever want to do is put anybody in danger," Sanders added.

Sanders said he still is shaking hands, but admitted to reporters on Tuesday that "not as much I think as we used to."

Asked, during an interview with Chris Cuomo on CNN Monday, what other precautions he is personally taking, Sanders said, "I have used more hand sanitizer in the last two weeks than I have in my entire life."

On Monday, Sanders held a panel discussion on the spread of coronavirus in Detroit, accompanied by doctors and professionals focused on the issue.

Sanders has repeatedly emphasized that his campaign is in contact with local officials wherever he travels, and his campaign has taken some precautionary steps by creating Purell stations at rallies.

When asked if he plans to listen to the Centers for Disease Control and Prevention who says that people over the age of 60 with an underlying health condition should take particular precautions, Sanders said on Monday, "I'm running for President of the United States and that requires a whole lot of work."