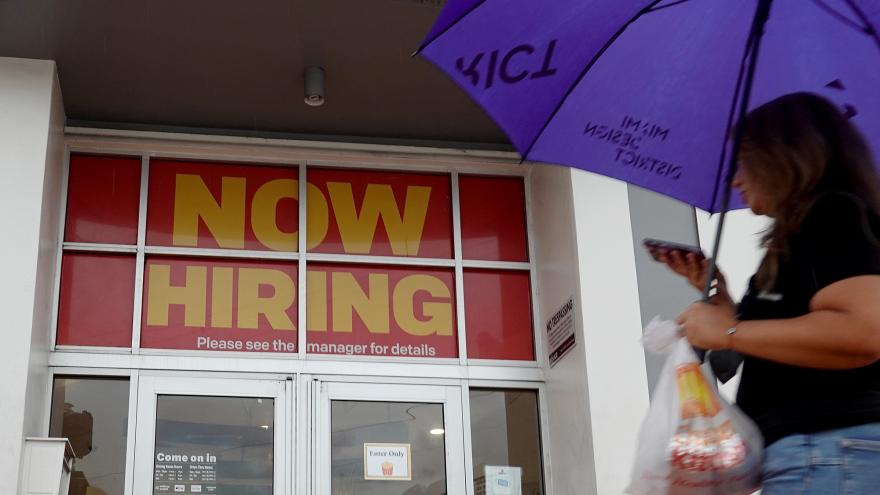 (CNN) -- Weekly claims for unemployment benefits finally fell below their pre-pandemic levels, according to data from the Labor Department.

Benefit claims jumped into the millions in March 2020 as the pandemic caused the US economy to shutter.Over the 20 months since then, claims have edged down more or less continuously. They hit a peak of 6.15 million in the week of April 4, 2020.

It took until last week for claims to finally fall below their pre-pandemic levels of around 200,000.

Without the seasonal adjustments, however, claims actually rose to 258,622 last week, more than 18,000 claims higher than in the week before.

Continued jobless claims, which count workers who have filed for benefits for at least two consecutive weeks, stood at around 2 million in the week ended November 13, down 60,000 from the prior week.

Overall, 2.4 million Americans received government benefits under various programs in the week ended November 6, down from 3.2 million at the end of October.