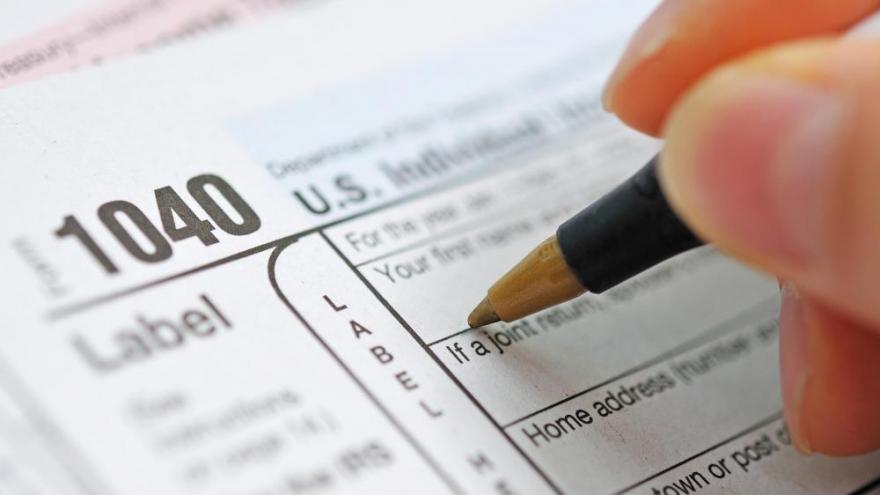 Millions of Americans who were out of work last year may be spared from paying federal income taxes on at least some of the unemployment benefits they received thanks to the new stimulus package.

(CNN) -- Millions of Americans who were out of work last year may be spared from paying federal income taxes on at least some of the unemployment benefits they received thanks to the new stimulus package.

But they will have to wait a bit longer to find out how to claim that expected tax break.

The Senate version of the Democrats' $1.9 trillion relief package, which passed Saturday, calls for waiving federal income taxes on the first $10,200 of unemployment compensation received in 2020 for households earning less than $150,000. This will help laid-off workers who faced surprise tax bills on their jobless benefits, lawmakers said.

The Senate bill is on track to be approved by the House and then sent to President Joe Biden for his signature this week.

Getting the tax relief through the system, however, is more complicated.

Many Americans have already filed their 2020 federal tax returns -- with the jobless including the full amount of unemployment benefits they received, as required. And for those who have yet to submit their returns, it's unclear how to account for the expected tax break. Still others elected to have taxes withheld from their weekly payments last year, which they now may not actually owe.

The income threshold, a last-minute concession to Sen. Joe Manchin, a Democrat of West Virginia, only adds to the complexity.

Taxpayers will have to wait until the bill is signed and the Internal Revenue Service issues instructions on how to proceed, according to congressional aides and tax policy experts.

"We will need to see IRS guidance for more exact details, but it's most likely that individuals who have already filed will need to file an amended return," said a Senate Democratic aide.

How long it will take for the agency to issue those rules is not known -- and the April 15 filing deadline is fast approaching. The agency's press office did return a request for comment.

The IRS already has its hands full administering the regular tax season and carrying out other provisions of the relief package, including distributing another round of stimulus checks and paying the child tax credit on a monthly basis starting in July, among other measures.

The tax break on unemployment, pushed by Sen. Dick Durbin of Illinois and Rep. Cindy Axne of Iowa -- both Democrats -- comes nearly a year after Congress passed a historic expansion to the nation's unemployment system to cushion the millions of Americans who were laid off during the coronavirus-fueled economic downturn.

Lawmakers provided hundreds of dollars a week in federal enhancements to benefits, extended the duration of payments and opened up the system to freelancers, gig workers, independent contractors and certain people affected by the outbreak.

Since the start of the pandemic last March, federal and state governments have spent around $625 billion on unemployment benefits, according to Jared Walczak, vice president of state projects at The Tax Foundation.

Taxing that compensation is projected to generate about $72 billion in federal income tax revenue and about $14 billion in state income tax collections in the 35 states, plus the District of Columbia, that tax unemployment benefits, Walczak said.

Whether states would follow the federal government and also waive their income tax levies on the first $10,200 of jobless compensation remains to be seen. Some likely would, but others would not, tax experts said.

Many Americans, however, either did not realize that unemployment benefits were taxable or opted not to have income taxes withheld from their payments.

State unemployment agencies transferred only $22 billion to the IRS for withholding purposes last year, much less than the $58 billion that would have been sent had all of the jobless elected to withhold at the federal flat rate of 10%, according to a letter Axne and other representatives sent to House leaders last month.

The tax relief measure is similar to the one given to laid-off workers during the Great Recession. The 2009 American Recovery and Reinvestment Act provided a tax break on up to $2,400 in unemployment benefits.

However, that provision was passed nearly a year before the tax season started, giving the IRS time to provide instructions in its tax documents. The 2009 tax return contained a line for taxpayers to list "unemployment compensation in excess of $2,400 per recipient."