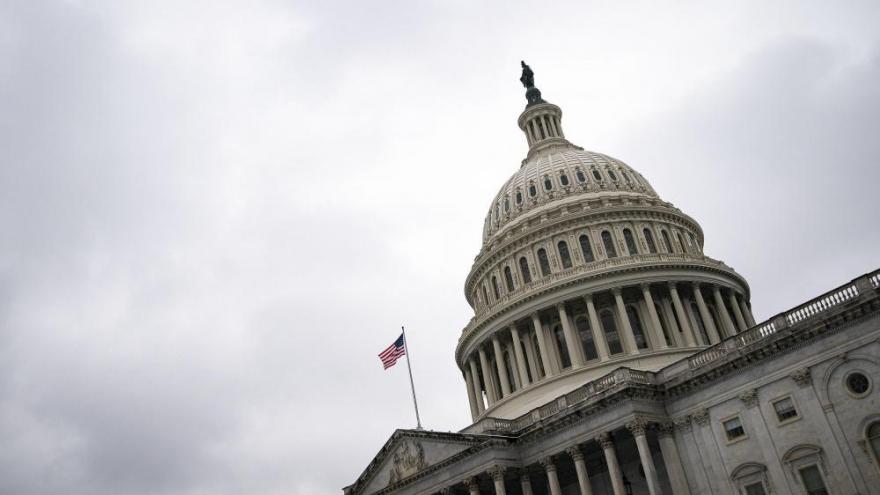 (CNN) -- Jobless Americans missed out on billions of dollars of benefits last month because then-President Donald Trump and Congress did not finalize a coronavirus relief bill until the end of December.

And many may face another break in payments next month if lawmakers again wait until the last minute to approve yet another extension of key federal pandemic unemployment programs, which are set to start expiring in mid-March.

The unemployed were left waiting for $17.6 billion in benefits in January because it took states several weeks to update their computer systems with the new relief provisions, said Andrew Stettner, senior fellow at The Century Foundation, who co-authored an analysis of the fallout from the delay released Tuesday.

It also extends two pandemic unemployment programs for 11 weeks, with benefits starting to expire the week ending March 13. Payments will continue as late as the week ending April 10 for those who have not yet reached their maximum number of weeks.

Created by Congress in late March last year, the Pandemic Unemployment Assistance program initially expanded jobless benefits to gig workers, freelancers, independent contractors, the self-employed and certain people affected by the coronavirus for up to 39 weeks. The Pandemic Emergency Unemployment Compensation program initially provided an extra 13 weeks of payments to those who exhaust their regular state benefits.

Now, with the economic recovery still on shaky ground, President Joe Biden wants to bump the federal weekly enhancement to $400 and extend it and the two pandemic programs through September, as part of his $1.9 trillion rescue package.

A group of Republican senators, meanwhile, this week unveiled a $618 billion proposal that would maintain the $300 weekly benefit through June.

Biden has said he'd like his relief package to go through Congress with bipartisan support. However, with hopes of garnering GOP votes waning, Democratic leaders are moving to fast-track it through a procedural process called reconciliation, which would allow the deal to pass without Republican support.

The goal is to be finished and have the bill signed into law by March 14, a Senate aide told CNN.

But passing a bill that late could cause another break in payments, experts said. Lawmakers would have to act in coming weeks to give the US Department of Labor time to issue guidance and state unemployment agencies time to incorporate the new provisions in their computer systems.

"You would want them to have acted by the end of February," Indivar Dutta-Gupta, co-executive director of the Georgetown Center on Poverty and Inequality, said of lawmakers. "That's just to keep people from missing a week of checks. People also need to be able to plan their finances and plan their spending."

Even before the pandemic, many families would have struggled to handle a week without pay. It's even tougher now for many out-of-work Americans to go without a few weeks of unemployment benefits, since many have tapped out lines of credit and loans from friends and family members.

"You are definitely going to see consequences of people missing payments if policymakers wait until mid-March to act," said Dutta-Gupta, who advocates tying benefit extensions to economic measures rather than calendar dates.

Those missed payments really add up, as Stettner's analysis of Department of Treasury data found. Actual unemployment payouts totaled only $28.7 billion in the first four weeks of January, which is 38% less than workers would have received if their benefits had been uninterrupted and they had received the $300 weekly supplement, he said.

Lawmakers passed their $900 billion relief package on December 21, less than a week before the pandemic unemployment payments from Congress' March relief deal were to lapse. Trump further delayed the extension by not signing the legislation until December 27.

While some states began paying the benefits soon thereafter, others took weeks, according to The Century Foundation's review of state unemployment agency websites and local news coverage.

Also causing delays: Some out-of-work Americans must provide additional documentation to meet new eligibility criteria contained in the December package, while others who exhausted their payments before the end of the year have to reapply and verify they are still out of work.

While the benefits are retroactive, that doesn't immediately help those who are missing payments.

"They will get the money later, but they just won't get it in January when they might have had bills due or were trying to buy food or put gas in their car," Stettner said.