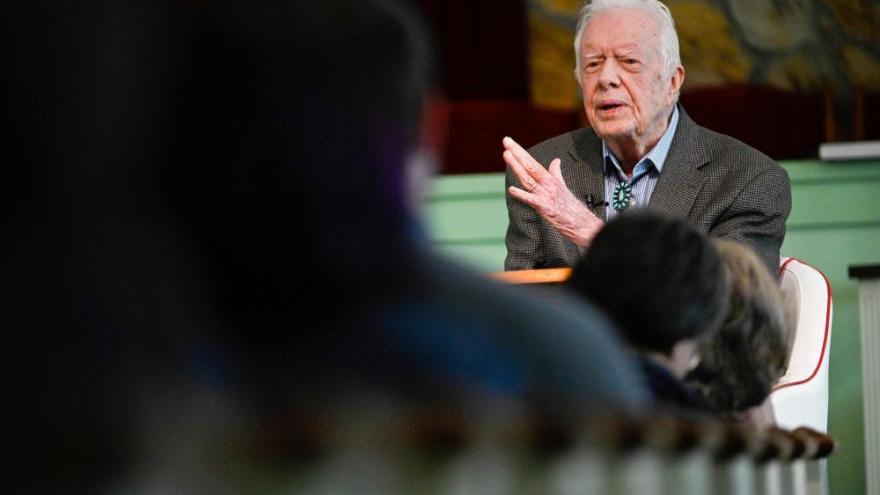 Former President Jimmy Carter is recovering at a hospital in Atlanta after undergoing an operation to relieve pressure on his brain, according to the Carter Center.

(CNN) -- Former President Jimmy Carter is recovering at a hospital in Atlanta after undergoing an operation Tuesday morning to relieve pressure on his brain, according to the Carter Center.

"Former U.S. President Jimmy Carter is recovering at Emory University Hospital following surgery this morning to relieve pressure on his brain from a subdural hematoma. There are no complications from the surgery," the center said in a statement.

Carter will remain in the hospital as long as advisable for observation, according to the center.

"We do not anticipate any further statements until he is released from the hospital. President and Mrs. Carter thank everyone for the many well-wishes they have received," the center said.

The former president was admitted to Emory University Hospital on Monday night ahead of his procedure to relieve the pressure caused by bleeding from his recent falls, the center had said.

Carter, 95, had been hospitalized twice last month for two falls in his house in Plains, Georgia. He required 14 stitches above his brow after his first fall while getting ready for church. But it didn't deter him from traveling to Nashville that same day for a week of building houses with Habitat for Humanity. He was admitted to the hospital and treated for a minor pelvic fracture after his second fall.

Carter will not attend Sunday service this weekend at the Maranatha Baptist Church, where he has taught Sunday school for years, according to a voicemail recording on the church's phone line.