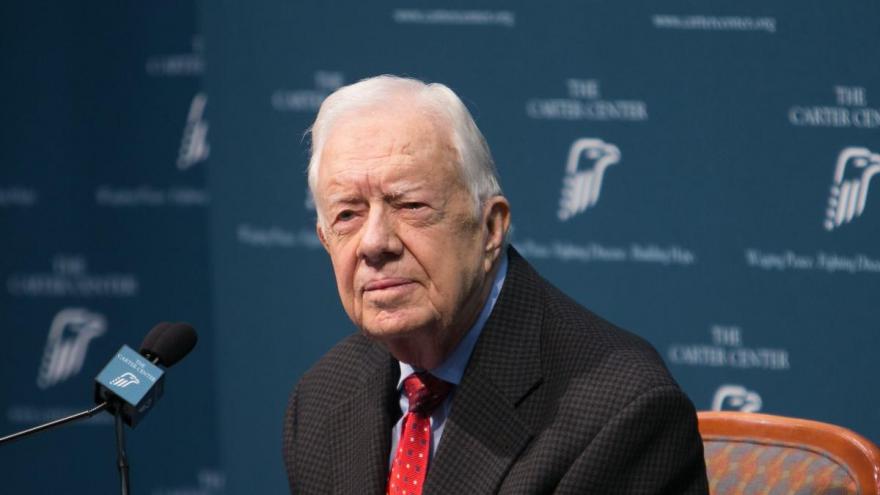 Former President Jimmy Carter was recovering from surgery after a fall on Monday morning, the Carter Center said.

(CNN) -- Former President Jimmy Carter was recovering from surgery after a fall on Monday morning, the Carter Center said.

A Monday afternoon statement said the 94-year-old Democrat fell at his home in Plains, Georgia, on his way to go turkey hunting, and later underwent a successful surgery.

"He is recovering comfortably from surgery to repair a broken hip at Phoebe Sumter Medical Center in Americus, Georgia," the Carter Center said. "His surgeon stated that the surgery was successful. His wife, Rosalynn, is with him."

In March, Carter became the oldest-living former president in US history, having survived a bout with cancer in recent years. The Monday statement following the surgery said Carter was still set on hunting next season despite his fall.

"President Carter said his main concern is that turkey season ends this week, and he has not reached his limit," the Carter Center said. "He hopes the State of Georgia will allow him to rollover the unused limit to next year."

"Wishing former President Jimmy Carter a speedy recovery from his hip surgery earlier today," the President wrote. "He was in such good spirits when we spoke last month -- he will be fine!"