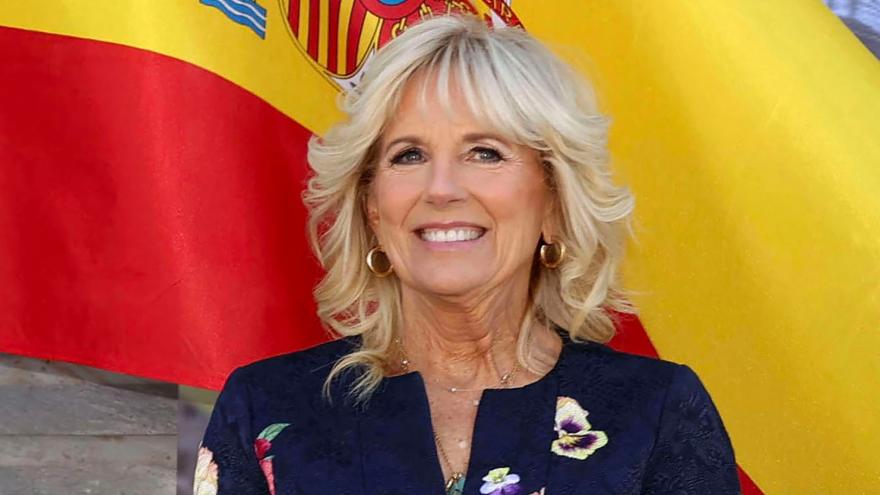 On September 8, the East Wing will announce that Vanessa Valdivia has been tapped as Jill Biden's new press secretary. The First Lady is pictured here on June 28 in Madrid, Spain.

"Vanessa's combination of strategic communications skills, expertise, and experience, as well as her commitment to public service, will make her a tremendous addition to our team," said Alexander.

Biden's previous press secretary, Michael LaRosa, resigned in July. LaRosa had been Biden's press secretary since September 2019 during the presidential campaign, and joined in the same role after President Joe Biden's inauguration.

Valdivia -- who will also hold the title of special assistant to the President -- comes to the East Wing from Capitol Hill, where she has been communications director for California Democratic Sen. Alex Padilla. She also had stints with Democratic Sens. Gary Peters of Michigan and Martin Heinrich of New Mexico, and she was deputy communications director for New Jersey Democratic Sen. Cory Booker's presidential campaign. In 2016, Valdivia worked on Hillary Clinton's run for the White House.

Valdivia is married to Chris Meagher, the deputy White House press secretary. A California native, Valdivia is the daughter of Mexican-Nicaraguan immigrants, according to a release from the East Wing.

"We look forward to welcoming her in the coming weeks," said Alexander.