JFK was due to deliver these remarks 56 years ago today. He never made it to the speech 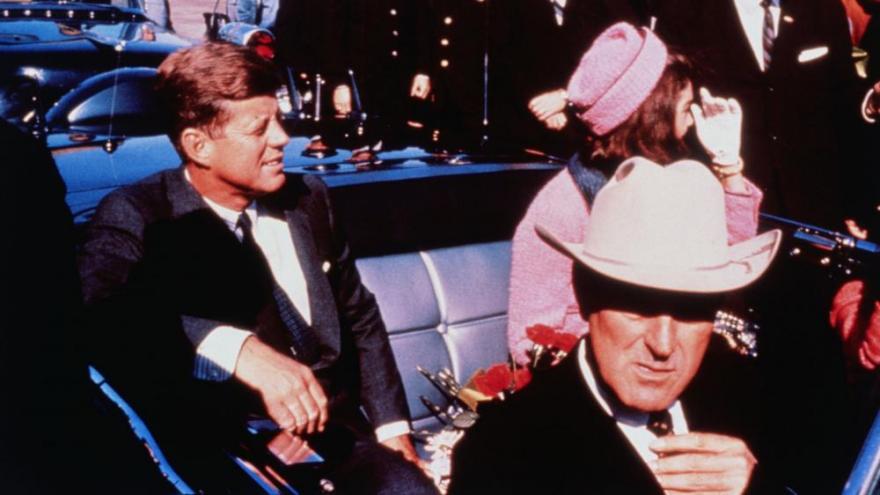 Exactly 56 years ago today, President John F. Kennedy was scheduled to give a speech to the Democratic Party aimed at unifying the nation during a time of conflict and division.

(CNN) -- Exactly 56 years ago today, President John F. Kennedy was scheduled to give a speech to the Democratic Party aimed at unifying the nation during a time of conflict and division.

But he didn't live to make it.

"Let us not quarrel amongst ourselves when our Nation's future is at stake," Kennedy's undelivered speech says. "Let us stand together with renewed confidence in our cause -- united in our heritage of the past and our hopes for the future -- and determined that this land we love shall lead all mankind into new frontiers of peace and abundance."

Before he had a chance to deliver the typed last speech, two of three bullets fired by Lee Harvey Oswald killed the nation's youngest elected president.

Kennedy was going to speak to the Democratic State Committee at the Municipal Auditorium in Austin, Texas on November 22, 1963, the same day of his brutal and public assassination. The speech was to cover "the long-standing relationship between Texas and the Democratic Party and the administration's comprehensive foreign and domestic accomplishments," according to the JFK Library Foundation.

In 2019, there's one thing uniting Americans: just how divided we think we are. According to the Public Religion Research Institute, 91% of Americans feel we are polarized -- and 74% feel we are extremely polarized.

Just as Americans contemplate the nation's future, the words of Kennedy's undelivered speech may resonate.

"In today's world, freedom can be lost without a shot being fired, by ballots as well as bullets," Kennedy's last speech read.