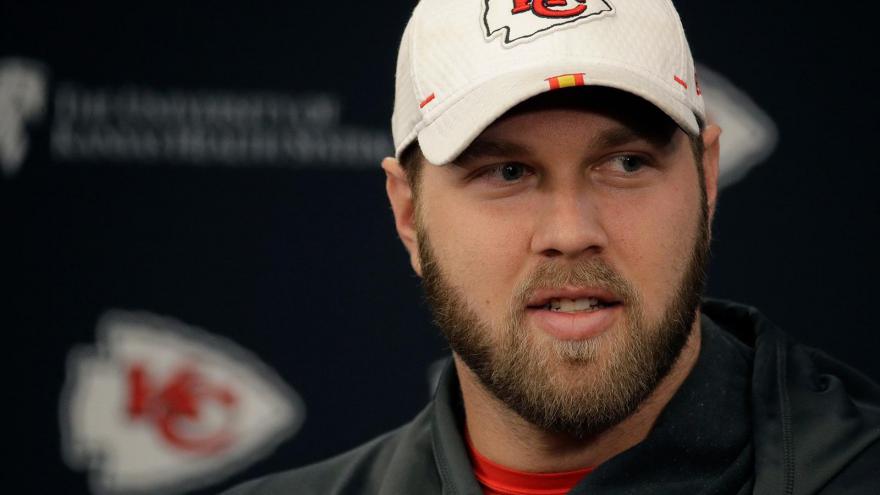 (CNN) -- Kansas City Chief's player Mitchell Schwartz spoke out on Thursday about DeSean Jackson's anti-Semitic social media posts, calling on the Philadelphia Eagles wide receiver to be more careful about how he uses his platform.

"I truly don't think DeSean meant any sort of hate or anything," Schwartz said. "I think it came way more from a place of ignorance."

Jackson posted a series of anti-Semitic posts on Instagram over the weekend, one of which included a quote about Jews falsely attributed to Adolf Hitler. He has since apologized for the posts, which he said were misinterpreted.

Schwartz, an offensive lineman who is Jewish, played a season with Jackson in college. He told CNN's Don Lemon Thursday he believed the posts were the product of ignorance, not malice. Schwartz said he hasn't spoken to Jackson directly.

"He's reached out to the Jewish community there, rabbis and other folks, so I know he's definitely got a support system of Jewish people," Schwartz said. "I trust them."

But citing a recent rise in anti-Semitism, he said his message to Jackson would be to take the power of their platform seriously.

"I think we're realizing how much power we have, obviously on the field but also off as well," Schwartz said. "We have an opportunity now to bring light to (the rise in anti-Semitism) and hopefully make change for the better."

On his own social media Thursday, Schwartz shared his support for the Black Lives Matter and the fight against anti-Semitism.

"My hope is we can use this moment to shed light on and bring awareness to the hate and oppression the Jewish Community still faces while standing strong with the Black Lives Matter movement," he said. "We can only have change if we denounce racism in all forms."

Jackson's post, which Schwartz and other Jewish members of the NFL responded to, included a passage that claimed to quote Hitler in saying that Black people were "the real Children of Israel," and that White Americans would be terrified to know that they have been "mistreating and discriminating and lynching" them, screenshots published by the Philadelphia Inquirer and other publications show.

The passage is often quoted by those arguing that Hitler was not racist, according to Snopes.com

In a different post, he shared a specific paragraph referencing a Jewish plan to "extort America" and achieve "world domination."

Jackson addressed the backlash in a video posted on his Instagram on Tuesday.

"I just want to first off extend an apology on behalf of me and what I stand for, because you know, I'm one that's fair and I never want to put any race down or any people down," Jackson said.

He also said that he regretted posting about Hitler at all.

"I really didn't realize what this passage was saying," Jackson said in a statement on Instagram. "Hitler has caused terrible pain to Jewish people like the pain African-Americans have suffered. We should be together fighting anti-Semitism and racism. This was a mistake to post this and I truly apologize for posting it and sorry for any hurt I have caused."