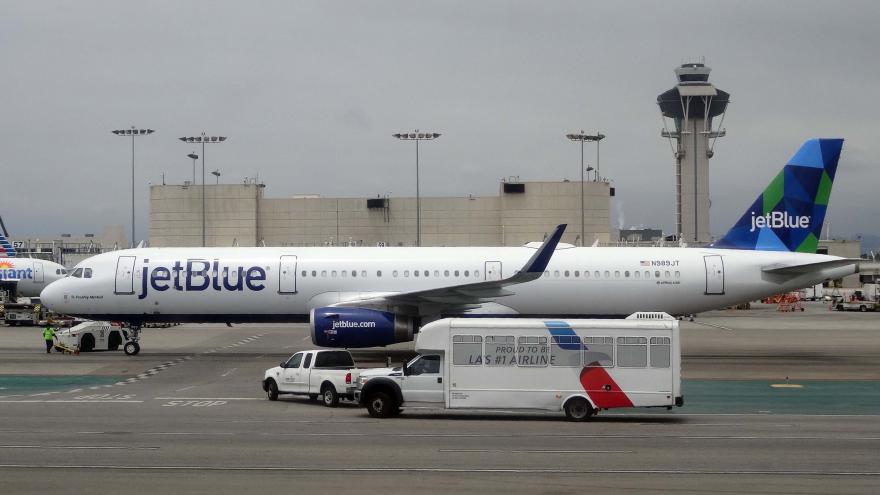 (CNN) -- To celebrate its 20th anniversary, JetBlue is having a sale.

Would-be travelers will need to act quickly to take advantage of the "20 Years Just Flew By" sale -- some routes are as low as $20 one way -- and be extremely flexible.

The two-day sale, which ends at 11:59 pm ET on February 12, requires travelers to depart on a Tuesday or Wednesday.

Low-maintenance travelers who don't care about choosing a seat in advance and who don't mind boarding the plane last could score a deal to one of the many selected markets.

These travelers -- in the Blue Basic fare class -- should not expect to make any changes or cancellations, not even for a fee. The change or cancel for a fee option, offered based on availability during the online booking process, is reserved for the next class up, Blue.

Tickets labeled "Blue" or "Blue Plus" or "Blue Extra" (JetBlue's latest class offering) offer some additional flexibility, but depending on the initial cost of the ticket, the change fee could end up being more than the ticket's original price.

This isn't JetBlue's first big anniversary sale. Ten years ago in celebration of its 10th anniversary, the carrier advertised $10 fares as part of its "Thank You fare" campaign. At the time, the carrier served fewer markets and the sale lasted for just one day instead of two.

Deals in honor of its 20th anniversary are going quickly. On some routes, all that's left is Basic Blue, and fares are closer to $100 one way than to the aforementioned $20 sale price.

Fare classes allowing for seat selection and general boarding go for an extra $30 or $40, where available.

Some of the best deals to desirable warm-weather locations may be hard to come by.

A traveler could fly from New York City to Worcester, Massachusetts, as early as February 19 for $34.30. Similarly low fares to popular warm-weather destinations like St. Lucia are not so easy to score.

An additional $25 booking fee applies for travel arrangements made by phone.

In a statement about the sale, JetBlue's CEO Robin Hayes said, "Others have tried to imitate JetBlue but no one has ever successfully copied our 23,000 crewmembers and the incredible culture that they've built."

Along with its hurry-up-and-book online sales, JetBlue is also known for offering the most legroom in coach compared to other US airlines.