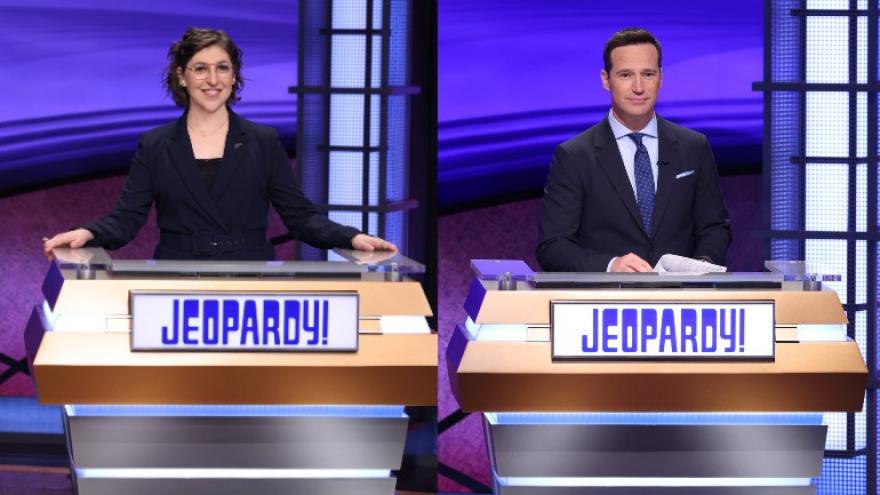 (CNN) -- When the new season of "Jeopardy!" debuts on September 13, executive producer Mike Richards will be behind the host lectern.

Richards was named the official new host on Wednesday, as expected, but Sony Pictures Television also announced a surprise: Mayim Bialik will be the host of occasional prime time episodes of the beloved game show.

Bialik will lead "primetime and spinoff series, including the upcoming all-new Jeopardy! National College Championship set to air on ABC next year, as the studio looks to extend the Jeopardy! franchise to new platforms," Sony said in a statement.

Given the popularity of the daily syndicated show that was helmed by Alex Trebek for decades, it's only logical that Sony wants to keep trying to expand in new directions.

At the same time, it may represent a risk for the TV studio, since the "Jeopardy!" brand may become diluted with two hosts.

Richards will continue as executive producer of "Jeopardy" when he becomes the show's host. He filled in as a guest host for two weeks last winter, when the show introduced a series of rotating hosts that seemed to be try-outs for the permanent job.

Bialik, an actress and neuroscientist best known for her role on "The Big Bang Theory," also guest-hosted for two weeks.

Sony indicated on Wednesday that, contrary to social media chatter and speculation, Richards did not pick himself for the job.

Ravi Ahuja, Sony Pictures' chair of global TV studios and corporate development, said "a senior group of Sony Pictures Television executives pored over footage from every episode, reviewed research from multiple panels and focus groups, and got valuable input from our key partners and Jeopardy! viewers. We knew early on that we wanted to divide the hosting responsibilities and it became very clear that Mike and Mayim were the undeniable choices. They were both at the top of our research and analysis."

Richards paid tribute to Trebek, who died last November at the age of 80, in his statement on Wednesday.

"Alex believed the game itself and the contestants are the most important aspects of the show," he said. "I was fortunate to witness his professionalism, intensity and kindness up close and that will serve as the ultimate blueprint as we continue to produce the show we love."

Bialik called the new job hosting prime time editions of the show "one of the most exciting and surreal opportunities of my life."

"I'm so grateful and excited to continue to work with Mike Richards, and I'm just over the moon to join forces with him and Sony," she said.

One of the other contenders for the host job, "Jeopardy" genius Ken Jennings, will continue to serve as a consulting producer on the show.